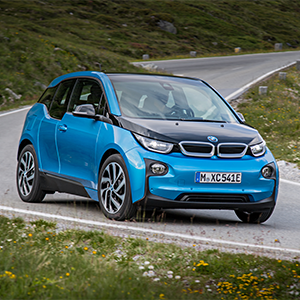 Munich. Following on from a sixth consecutive record-breaking year, sales at the BMW Group achieved their best-ever start to the year with January figures showing increased deliveries in all world regions. With its three premium brands, BMW, MINI and Rolls-Royce, the BMW Group delivered a total of 163,288 vehicles worldwide, an increase of 6.8% compared with January last year.

“We’ve started the year well, building on the success of 2016,” said Dr Ian Robertson, Member of the BMW AG Board of Management with responsibility for Sales and Marketing BMW. “We’re confident that the new models we’re bringing to market this year, especially the new generation BMW 5 Series which is about to arrive in dealerships, will ensure further momentum as the year goes on. We continue to focus on profitability and sustainable levels of growth distributed around the world,” he added.

Sales of BMW brand vehicles grew 7.2% compared with January last year; a total of 143,553 BMWs were delivered to customers around the world. Increased sales were achieved throughout the model range. For example, deliveries of the BMW X1 rose 40.2% (20,059); BMW 3 Series sales grew 6.3% (28,684) and the brand’s flagship BMW 7 Series achieved a 29.8% jump in sales, with 4,403 units handed over to customers around the world. Further momentum in BMW brand sales will come with the market launch of the all-new BMW 5 Series, which will start delivery from mid-February.

Meanwhile sales of BMW Group electrified vehicles continue to reflect the ongoing increase in customer demand for alternative drive vehicles: deliveries were up 115.8% on the same month last year with 5,232 BMW i and BMW iPerformance vehicles handed over to customers in January. Sales of electrified BMW Group models are set to increase still further in 2017 with the introduction of the BMW 530e iPerformance in March and the MINI Cooper S E Countryman ALL4 plug-in hybrid in June.

MINI also achieved increased sales in January: with a total of 19,563 delivered to customers around the world, sales were up 3.7% compared with the same month last year. The MINI Cabrio (1,517 / +690.1%) and the MINI Clubman (3,693 / +60.5%) were the brand’s main growth drivers. With the market launch of the MINI Countryman being rolled out from February, sales at MINI are set for continuing growth in 2017.

Sales of BMW and MINI vehicles in Asia achieved double-digit growth with 66,719 vehicles delivered to customers (+12.1%). Sales in the region’s largest market, Mainland China, topped the 50,000 mark for the first time in a single month, with deliveries totalling 51,345, an increase of 18.2%. 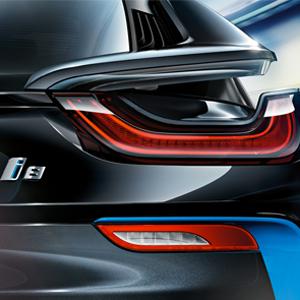 BMW Motorrad also had a good start to the year with a total of 7,503 motorcycles and maxi-scooters delivered to customers, an increase of 0.2% on the same month last year.