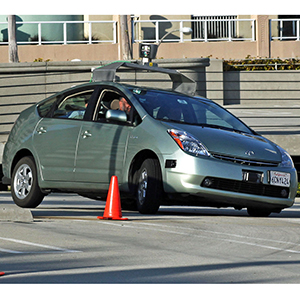 Technology could lead to leasing revolution

The arrival of autonomous vehicles may completely revolutionise the present car ownership model, according to Glass’s.

There are a variety of likely developments but it is possible that manufacturers will retain ownership of the vehicle throughout its life and lease it either to individuals or consortiums in localised urban areas.

Rupert Pontin, head of valuations at the motor trade bible, said: “In recent years, we have seen a dramatic shift away from motorists owning cars to leasing them as younger people – the ‘direct debit generation’ – who prefer a pay monthly model ownership have made their presence felt in the market.

“Autonomous cars are very likely to accelerate the evolution of this trend. The user of the vehicle could opt for a pay monthly model similar to a modern lease deal or they could be part of a buying consortium that pays to have access to one or a pool of vehicles.

“At its most extreme, we may even see a ‘pay on use’ model of ownership become widespread, where the motorist pays for only the time or mileage that they consume.”

Rupert added that there were likely to be additional changes resulting from autonomous vehicles that could spell major changes for the automotive sector.
He said: “One possibility is that the new ownership model means faster replacement cycles because the manufacturer has such close control over the use and ownership of the vehicle. This is more probable at the stage where the technology is relatively young and new developments happening rapidly.

“There is even a question mark over whether these vehicles will be made available to the second hand market at all in an established sense. The manufacturer may simply retain ownership through to scrappage.”

Rupert said that the fact there was likely to be a long period of adoption for autonomous vehicles would further complicate the picture.

“There is a strong possibility that the use of autonomous vehicles on UK roads is much closer than many people believe – one fact that sticks in my mind is that Google’s director of vehicles is adamant that his 11 year old son will never need to get a driving licence.

“However, they will not take over the roads or even become a majority presence overnight. The process – if it occurs – will take decades and there are likely to be a number of motorists who will always wish to retain control over their own car.

“We are very much entering unchartered waters and it will be fascinating to see how the situation develops.” 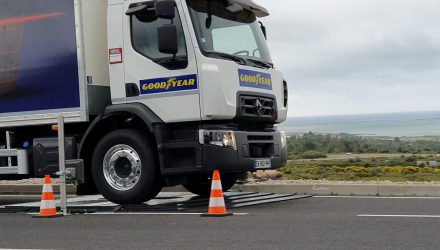 The Goodyear Drive-Over-Reader is being recognised by independent experts as a leading innovation in the market and has received multiple awards in 2019. The innovative solution is

A Cambridge start-up has announced that a fleet of

Software flaws in an Uber self-driving car have been

Stagecoach drives towards a...

Stagecoach, the UK’s biggest bus and coach operator, has