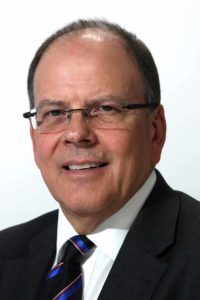 The Commercial Vehicle Show 2019, which opens at the Birmingham NEC next Tuesday is sold out for the 5th successive year and, with high numbers of pre-registrations for this free-to-attend event and with more than 20,000 delegates expected to attend, it is the largest truck and van show in the UK.

It is set to be a record-breaking year with manufacturers expanding their presence by taking demonstrably larger stands than ever before. The success of the show underlines the health of the UK commercial vehicle market and highlights the confidence of both UK manufacturers and customers abroad.

The figures released at the CV Show media day in February revealed that in 2018, and in the first quarter of 2019, there has been sustained growth in the market with rises in both demand and production.The first quarter of 2019 showed a 10.6% year on year demand increase (UK LCV) according to latest figures from the SMMT, this being the sectors best ever monthly performance.

Ford has enjoyed a record month of sales in March and will once again be a major presence at this year’s event where it will be unveiling the latest Ranger and Ranger Raptor pick-ups. VW Commercial vehicles, which will showcase its latest commercial EVs on its stand, has just released its latest global sales figures that show year-on-year growth of almost 10%.

“In times of potential uncertainty in other UK market sectors, the road transport industry and all that surrounds it continues to show clear signs of confidence. Road transport forms the backbone of the British economy, we continue to feature the cutting-edge developments taking place across the market that will keep interest high. The growth in exhibitors of eco-tech, pedestrian safety and fleet optimisation technology indicates that, while the UK market is strong, it continues to evolve and look ever-further to the future.”

This year’s show will play host to no fewer than ten major product launches from global manufacturers, which will highlight industry knowledge and offer insight into the current and future trends.

Rob Skelton added, “We have continued our commitment to ensure that the CV Show maintains its position as the UK’s premier commercial vehicle event and one that reflects not just the current market position, but also continues to look towards the future market trends, not just for the UK, but globally.”