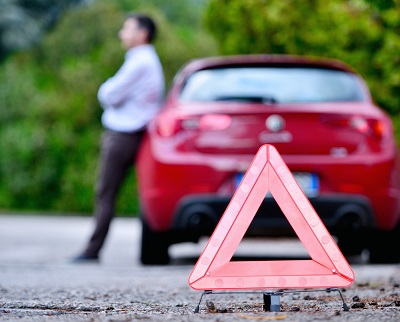 A study conducted by researchers at ethical car recycling company scrapcarnetwork.org has revealed the UK’s most commonly asked car and motoring questions.

By analysing Google search data, the researchers discovered the most common questions asked about the UK’s biggest car brands and most popular models.

‘What’s wrong with my car?’ – What owners have been asking

The research team analysed the most popular search queries relating to the UK’s 20 best selling cars* over the past decade. Most searches started with the words ‘why is my…’ or ‘why won’t my…’, suggesting they were concerned with an undiagnosed problem.

The most commonly searched maintenance issues related to cars losing power. This was the most common search performed by Vauxhall Corsa, Audi A3, BMW 1 Series and Vauxhall Insignia drivers.

The second most commonly searched issue was about cars inexplicably beeping and was the most common query for Kia Sportage, Fiat 500 and Peugeot 208 drivers.

Just three of the top queries were not related to maintenance at all and suggested that some owners just needed basic information about their own car. Vauxhall Mokka drivers took to the Internet to find out if their car was a 4×4, Mercedes C-Class drivers wanted to know if their car was rear wheel drive and the most common search made by BMW 3 Series drivers, perhaps unsurprisingly, was ‘why is my BMW 3 Series the best?’.

Brand perceptions – what car buyers have been asking

As well as analysing the most common maintenance issues, the research term also examined perceptions of the world’s biggest car brands. The results were equally surprising.

The jury is out on whether Alfa Romeo, Audi, Dacia, Dodge, Honda, Hyundai, Jeep, Mercedes, Nissan, Peugeot, Seat and Vauxhall are perceived as reliable or not. The most common searches related to these car makers was about whether or not they were reliable, for example, ‘are Alfa Romeos reliable?’

Some of the brand queries were a little more off-beat. For example, the most common search for SMART cars was ‘Why are SMART Cars smart?’ Other unexpected queries included ‘Why are Peugeots called pugs?’, ‘Are Land Rovers still being made?’, ‘Why are Jeep called Jeep and ‘Why are Masserati so cheap?’.

Even Brexit has influenced the UK’s perceptions of the world’s biggest car brands. The most common search related to the Nissan brand was ‘Why are Nissan leaving the UK?’.

On the study findings, William Fletcher, managing director of Scrap Car Network said: “It’s a good sign that drivers are curious to discover what’s going on with their car. It enables them to make informed decisions about maintenance. And while search engines may provide tips on fixing basic issues, it’s always better to be safe than sorry. Drivers should consult a professional if they’re worried.

“It’s an equally good thing that buyers are doing proper research before deciding what car best suits their needs. It’s often the case that inexperienced buyers take a test drive and fall in love with a car without understanding important issues like maintenance costs, availability of parts, reliability and common faults. Ignoring these things can result in a months, if not years, of unhappy motoring.”