If 2018 was an exceptional year for SEAT, 2019 was no less spectacular. In the past 12 months, SEAT improved the record results from the previous year, began its electric offensive with the presentation of the new el-Born concept and the launch of the SEAT Mii, in addition to the presentation of the plug-in hybrid version of the SEAT Tarraco, the brand’s flagship model. This initial stage of electrification will be followed by 5 more models by early 2021.

SEAT started 2019 on a solid financial footing. In 2018 it achieved the best results in its history, with a profit after tax of 294 million euros and a turnover of more than 9.991 billion euros. Just as the previous year, in 2019 SEAT had already broken its own sales record in November with 542,800 cars, exceeding the volume for the whole of 2018 (517,600 cars sold) one month before the end of the year.

SEAT was chosen in 2019 as the lead brand within the Volkswagen Group to define the strategy and offer products for urban micromobility. In this sense, the automaker raised the stakes at the Smart City Expo World Congress with the presentation of SEAT Urban Mobility, a strategic business unit that focuses on developing urban mobility solutions. 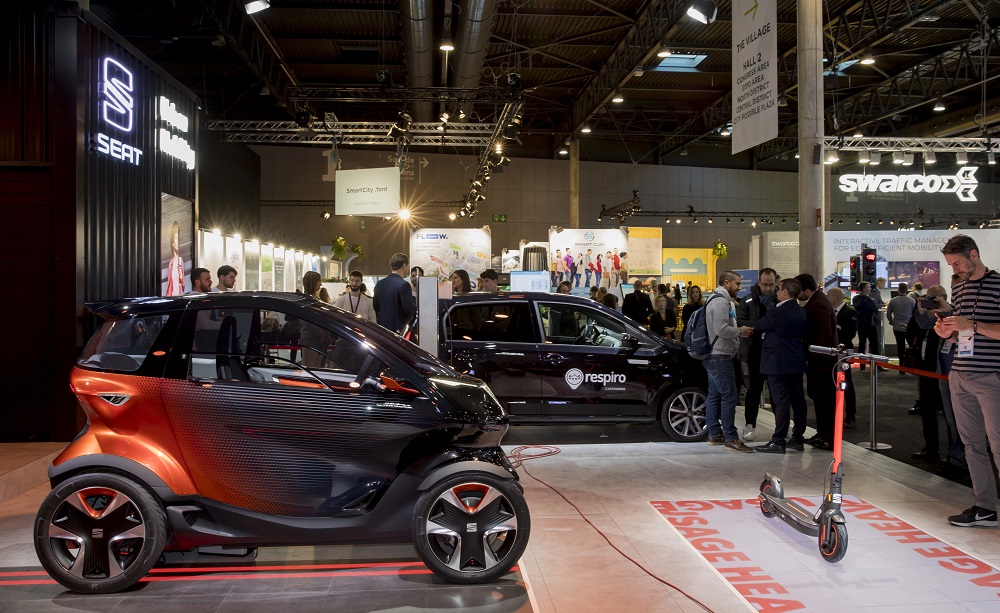 At the Mobile World Congress in Barcelona, the company took a major step forward in its urban micromobility strategy with the presentation of the SEAT Minimó, a 100% electric concept car specially engineered to adapt to new mobility platforms aimed at becoming the great ally of cities.

SEAT took a further step in its commitment to carsharing by extending the service in the city of L’Hospitalet de Llobregat (Barcelona), making it the second city in Spain where its carsharing company Respiro operates. Furthermore, through Respiro, SEAT also launched a corporate car-sharing service this year whereby companies such as Cuatrecasas have SEAT vehicles powered with CNG so that employees can make urban journeys during their working day free of charge.

At the Smart City Expo World Congress, SEAT announced that, for the first time in the company’s history, it will have a 100% electric e-Scooter in its product portfolio, to be launched in 2020. The vehicle has been developed in collaboration with Barcelona-based Silence, reaches a top speed of 100 km/h and has a range of 115 kilometres according to the WMTC test. 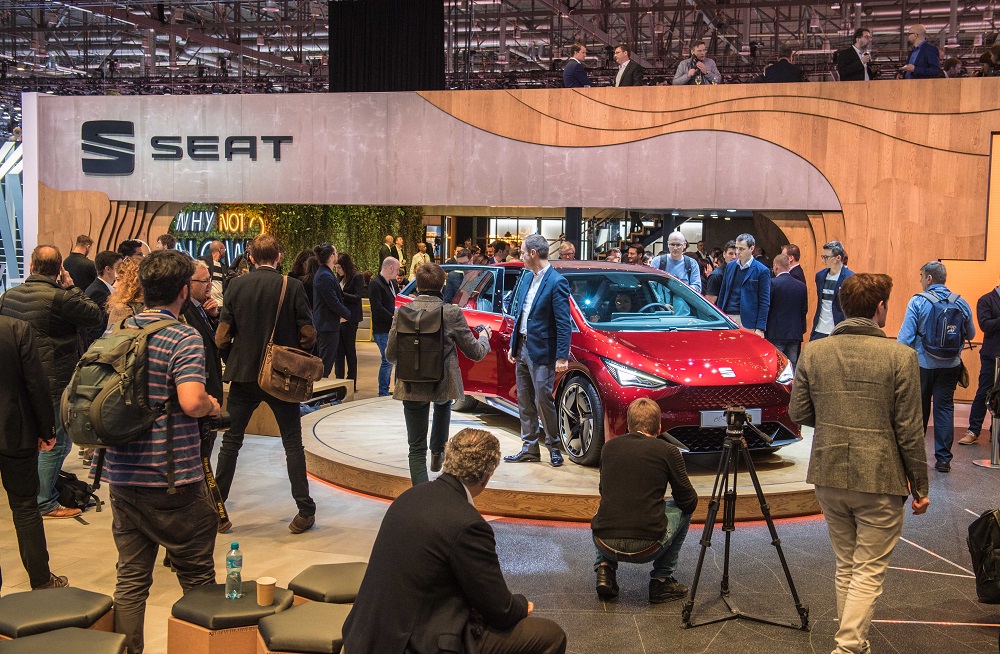 At the Geneva Motor Show, SEAT presented its el-Born concept car, the first SEAT conceived as an electric vehicle. With the el-Born, SEAT will be the second brand in the Volkswagen Group to produce a model on the MEB platform in Germany. In addition, SEAT has started marketing the Mii Electric, the company’s first 100% electric model, and announced the introduction of the Tarraco PHEV in 2020, equipped with a plug-in hybrid engine and sporty FR trim.

At this year’s Mobile World Congress 2019, SEAT announced the creation of the SEAT:CODE (Centre of Digital Excellence) software development centre to drive the company’s digital transformation and increase efficiency through process digitalisation; and to strengthen the business models around the new concepts of mobility, connectivity and car digitalisation. This new structure is led by Sebastian Grams, CIO of the brand and Carlos Buenosvinos, CTO of the new SEAT:CODE, and will soon have its own headquarters in the city of Barcelona.

The SEAT factory in Martorell, in its commitment to creating a smart, digitalised and connected factory, has made significant advances to remain a benchmark for Industry 4.0. This year the plant became the first Spanish factory to have a pioneering parts delivery service via drones. The pilot project supplies steering wheels and airbags to the assembly lines for the rapid supply of just in time parts, in just 15 minutes.

Furthermore, this year the company implemented measures aimed at producing less waste and treating it more efficiently. In this sense, since 2010, SEAT has improved its environmental production footprint by 34% with measures to emit less CO2 and waste and fewer volatile compounds, to use less water and energy; and has set a target to reduce its environmental impact by 50% by 2025.

In order to reduce the number of vehicles driving around the Martorell plant, SEAT launched the Mobike and ByBus projects in 2019. Through collaboration with Mobike, the popular bike-sharing service, the Martorell plant provides 100 bicycles for employees to move freely around the plant in a sustainable way. In addition, the ByBus project, developed by the SEAT Metropolis:Lab Barcelona team, offers the possibility of getting around the different points in SEAT Martorell on demand.

In 2019, SEAT, IrsiCaixa, Hospital Clínic, ITAE Empresas and scientists from the Harvard T.H. School of Public Health presented the results of MedCARS, a world pioneering study on multifactorial intervention in healthy living habits. The research shows that incorporating healthy habits, such as the Mediterranean diet and physical exercise, improves such relevant health indicators in just six months as cardiovascular risk factors, sleep quality, and mental and emotional health. The study offers results that can be extrapolated to society as a whole. 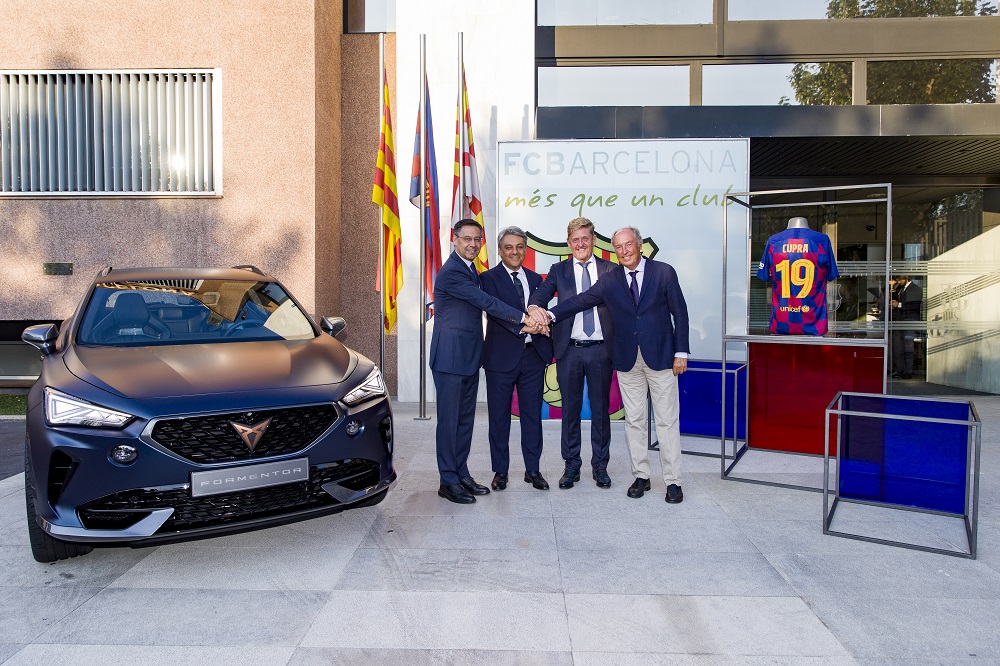 SEAT Executive Vice-president for Sales and Marketing Wayne Griffiths was appointed CEO of CUPRA in January and has been working since then to bring the brand identity closer to an audience looking for special models for unique people.

The CUPRA Formentor Concept, the first model developed especially for the brand, was presented in the framework of the Geneva Motor Show. Powered by CUPRA’s high-performance plug-in hybrid engine, the company’s new vehicle offers the most exclusive driving experience with the latest technological advances. CUPRA’s new CUV features a dazzling and captivating exterior; a driver and passenger-friendly interior and high-precision performance. The new vehicle will be produced in Martorell and launched in 2020.

In September, CUPRA showed its potential with a large concept car, featuring a sporty design, sophisticated interior and advanced engine technology. The new CUPRA Tavascan Concept combines the unmistakeable look of an SUV with the elegance of a sports coupe. It has two electric motors, one on both the front and rear axles, which generate a total power output of 306 hp (225 kW). CUPRA’s new vehicle is based on the Volkswagen Group’s MEB platform and has a battery capacity of 77 kWh which gives it a range of up to 450 km.

Last September, CUPRA announced a global alliance with FC Barcelona to become its exclusive automotive and mobility partner for the next five years. The agreement will create unique experiences for the fan base of both organisations, in addition to developing urban mobility projects. In this sense, the agreement extends beyond traditional collaborations and both partners will work to boost the image of the city all over the world and promote innovation and young talent.

After consolidating its organisational structure by appointing an executive team and increasing the workforce by 50%, in 2019 CUPRA also completed the construction of its new headquarters, located next to SEAT’s head office in Martorell. The facilities will be inaugurated in 2020 and will feature a 2,400 square metre open-plan multi-purpose space with a motorsport concept. Its design is reminiscent of a race track paddock and will be surrounded by nature on a 10,500 square metre plot of land.

As part of its expansion strategy, the new brand made its debut in Mexico last November with the inauguration of the world’s first CUPRA Garage and the market launch of the CUPRA Ateca. The first CUPRA Garage is located in one of the most exclusive districts of Mexico City. The facilities feature a digital experience area with an 85 inch screen and tablets so customers can configure their new car, as well as several upholstery samples. In addition, the CUPRA Garage has a Razing zone, where the CUPRA TCR racecar will be displayed, along with racing merchandise.

CUPRA signed Mattias Ekström as new brand ambassador in August. The renowned Swedish racer joined the CUPRA tribe to drive the brand’s electric competition strategy, thus becoming the official driver of the CUPRA e-Racer. The agreement signed with Ekström confirms CUPRA’s commitment to being a benchmark in the new electric car racing competitions.

Moreover, CUPRA was present at the second season of the World Touring Car Championship with four CUPRA drivers at the wheel of the CUPRA TCR, the fastest weapon of the year for the two CUPRA teams – PWR Racing and Comtoyou DHL Racing.