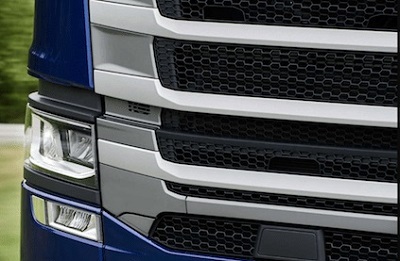 “Given the situation with record demand, semiconductor shortages and the coming introduction of a new product range, we decided to put our cards on the table,” says Alexander Vlaskamp, Executive Vice President and Head of Sales and Marketing at Scania.

Scania has experienced record sales of the current truck range in the first quarter of 2021. “But we are wrestling with the semiconductor shortage, just like the rest of our industry. This has resulted in long lead-times and, in some cases, delayed deliveries. On top of this, we are preparing for our biggest introduction since 2016. In this situation, we decided it is fair to give potential customers a better basis for making decisions when considering their next Scania truck and its timing,” says Vlaskamp.

Scania is not disclosing the exact timing or the total content of the introduction but promises, among other things, “substantial” improvements of fuel consumption com­pared to the current range, as well as chassis updates. This should be seen in the light of Scania’s trucks being named “Green Truck of the Year” for five years in a row by leading German trade magazines, due to the trucks’ transport efficiency.

Customers can, via their Scania contacts, register their interest to order trucks from the updated product range. The regular order system for these trucks will not open until November.

“We will continue to educate our sales force during the autumn and make sure that we have all tools and information in place for the intro­duction of the new 13-litre range in Nov­ember,” says Vlaskamp. “We are convinced that our customers will appreciate that they are being given the opportunity to either go for a great truck from the current range or choose the substantially up­dated trucks that are scheduled for production start during the second quarter of 2022.”

By introducing a new powertrain, Scania demonstrates its commitment to drive the shift towards a sustainable transport system, in accordance with the Paris agree­ment. Scania was the first heavy commercial vehicle manufacturer to set up a road- map where the targets are approved by the Science Based Target initiative (SBTi).