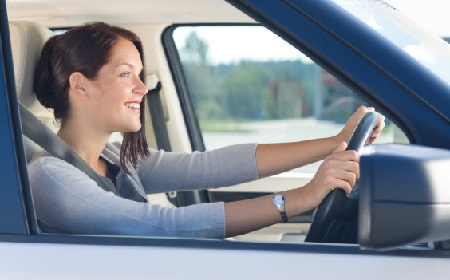 Almost three quarters (73%) of British workers still believe their vehicle is essential to their daily commute, a new research report into the habits and opinions of the British public on mobility has uncovered. Commissioned by Alphabet (GB) Limited, a global provider of Business Mobility, the survey found more than half (55%) of commuters with a vehicle take at least 30 minutes to get to their place of work, with nearly a quarter (24%) now having a commute more than an hour long.

Around 12% of the UK population with access to a vehicle travel to work by means of public transport, with 7% taking the bus, 2.5% using the train and a further 2.5% using other forms such as London Underground or urban tramways. Those with shorter commutes opt for ‘active’ forms of travel, such as walking or cycling, which equates to just under 9% of commuters nationally.

The reasons cited for choosing to travel by car were varied, although four-in-ten (41%) stated that it was down to convenience. Over a quarter (30%) of commuters surveyed said they drive to work because there are simply no alternative means of transport available, particularly in rural areas.

Over half (58%) of adults do not think that roads in their nearest city or major town are set up appropriately for both cyclists and motor vehicles to share the road safely.

When looking at car ownership, 72% currently have their own vehicle and 22% of adults change their car every two years or sooner, rising to over four-in-ten managers (46%) and 18-30 year olds (45%).

As generations get younger, car ownership decreases, with 73% of the silent generation having a car, followed by 72% of baby boomers, 66% of millennials and just half (48%) of Generation Z. While only a quarter (26%) of those aged between 46 and 60 would consider leasing their vehicle, this number rises to 46% among 18-45 year olds and 53% of millennials.

Worryingly, 60% of adults with a vehicle have never totalled how much they spend on it each year.

As part of its ‘Road to Zero’ strategy, the UK government wants at least half of all new cars to be ultra-low emission by 2030, yet 79% of respondents to the survey say they have yet to try a an electric vehicle and four-in-ten (38%) would like to, indicating that more needs to be done to change public perception of greener vehicles and access to them.

Over half (61%) of people intending to buy a car in the future expressed they would choose a combustion engine vehicle, with a quarter (26%) opting for electric or hybrid and 12% undecided.

Looking further forward, the research showed that Brits still need to be convinced about autonomous vehicles, with 30% of adults expressing that they were willing to travel in one currently.

Simon Carr, Chief Commercial Officer for Alphabet (GB) Limited, comments: “Sustainable transportation is critical to every society. It creates opportunities for economic growth, generates jobs and connects people with the places they need to go. However, the ways in which we can choose to travel have changed greatly over the past ten years. Until now, there has been little insight into why people prefer some modes of transport to others. Our report focuses on the UK public’s attitudes towards how they travel day in, day out, as well as their perceptions of how this could change in future.

Our research shows that stories around the demise of the car as the primary mode of travel for British people have been greatly exaggerated. The reality is that the car is more important than ever for all generations of families, commuters and employees. Clearly the way our vehicles are powered and how they fit into our lives is changing, but while the UK’s relationship with the car is evolving it remains more important than ever in connecting people, communities and businesses.”