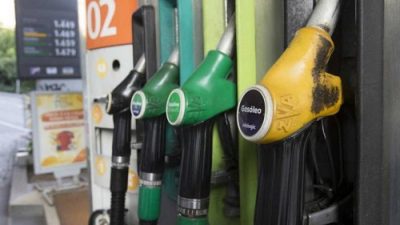 While the average price of petrol and diesel on the UK’s forecourts fell slightly in August retailers failed to fully pass on big savings in the wholesale price of unleaded to drivers, data from RAC Fuel Watch* has found.

The average price for petrol at the country’s four biggest fuel retailers – Asda, Tesco, Sainsbury’s and Morrisons – was 125.41p (a reduction of 0.55p) and 128.04p diesel (0.6p saving on July). Both fuels are around 3.5p cheaper at supermarkets than other UK fuel retailers. At the end of August Asda recorded the lowest prices for both petrol and diesel at 124.08p and 126.05p respectively.

“Drivers have the right to feel angry that the price of fuel did not fall more in August than it did. With nearly 4.5p coming off the wholesale price of petrol drivers should have seen, at the very least, 2p a litre being knocked off at the pumps by the end of the month.

“While the average price charged by the supermarkets came down a little more than the UK average they should really have led the way with larger cuts which would have spurred other retailers to reduce their prices too.

“By our calculations retailers ought to be charging around 126p for a litre of unleaded based on a wholesale price of 98p a litre, which many retailers will have bought at a couple of weeks ago, and then factoring in delivery, a reasonable margin of 5p a litre and VAT. As for the supermarkets they could easily be selling at around 122p.

“The lower wholesale prices seen in August are a result of a 5% drop in the price of oil over the month with a barrel going down from $62.47 to $59.09. The other price-determining factor – the sterling US dollar exchange rate – changed very little over the month leading to a pound being worth $1.21 at both the start and finish.

“There was a time when a 4.5p reduction in the wholesale price would have led the supermarkets to cut their prices significantly, but unfortunately those days seem to have passed as they no longer appear to have the appetite for them despite the clear wholesale market dip. Perhaps they are hedging their bets thinking there could be a further drop in the value of sterling which will could cause wholesale prices to increase again.”