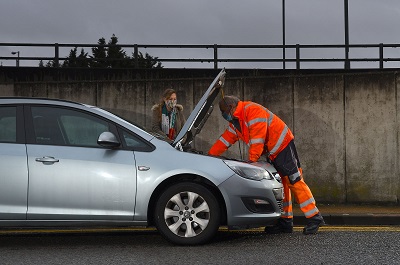 Using data from the annual What Car? Reliability Survey*, in which it quizzed motorists on the time it took for patrols to reach them and how well their car was fixed, What Car? ranked Britain’s eight main breakdown providers.

To create an overall satisfaction rating for each breakdown service provider, What Car? took into account the two best outcomes: what percentage of motorists were reached in an hour or less and how many cars were fixed permanently or temporarily at the roadside.

The patrols that reached stranded motorists the quickest were from LV Britannia Rescue. They arrived on the scene in less than 30 minutes 38.7% of the time and got to 80.6% of all customers within an hour. Next best were the AA and Green Flag, which both got to more than 70% of callouts in less than 60 minutes.

The RAC proved to be the best at permanent roadside repairs, fixing 48.1% of cars at the roadside. When it came to providing either a permanent or temporary fix, the AA, LV and RAC all repaired 64% of stranded cars.

Autoaid, GEM Motoring Assist and LV Britannia Rescue provided some form of assistance to all of their members, either fixing their cars or towing them to a chosen location.

Steve Huntingford, editor of What Car?, said: “Most motorists will experience a breakdown at one point or another. Standing by the roadside is never fun, so it’s worth knowing who to call to ensure you are reached quickly by a competent mechanic who will help you get on with your journey as soon as possible. Our research shows which are the best providers to help you get back on the road.”

What Car?’s research also found that breakdown cover can cost as little as £19 for a year, although the level of cover, distance your car will be towed and the number of callouts permitted varies significantly between providers.

How the main breakdown providers performed

* 12,892 motorists took part in the 2020 What Car? Reliability Survey, with 12% answering questions about their breakdown provider