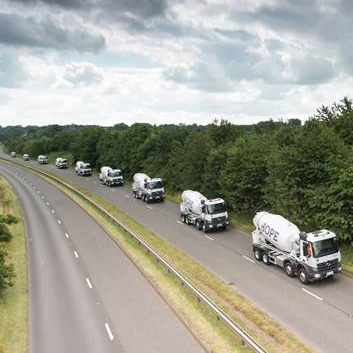 AECOM will operate, develop and grow FORS for the next five years

AECOM selected to build upon TfL’s success with FORS

Transport for London (TfL) has announced that AECOM has been selected to take over the management and operation of the TfL-developed Fleet Operator Recognition Scheme (FORS). AECOM will operate, develop and grow FORS for the next five years, with the option of a two year extension to 2022.

TfL launched FORS in April 2008 to improve road safety and help reduce the wider environmental and traffic impacts of freight and fleet operations. FORS accreditation is underpinned by a fleet quality standard, which operators are audited against. Accredited operators demonstrate a commitment to managing road risk, reducing environmental impact and improving operational efficiency.

Richard Robinson, Chief Executive, Civil & Infrastructure, Europe, Middle East and Africa, at AECOM, said: “As a company committed to improving safety in transport, we are delighted to deliver such an important scheme. Through its standards, accreditation and promotion of good practice, FORS has contributed to safer, greener and more efficient road fleet operations in London, and we look forward to growing the scheme outside the capital.”

Since its creation, TfL has worked with a range of industry stakeholders to develop the scheme, including the Freight Transport Association, the Road Haulage Association, the Metropolitan Police Service and the Driver and Vehicle Standards Agency and more than 210,000 vehicles from 2,400 companies are now accredited to FORS.

Last year FORS won the Fleet Award at the Prince Michael International Road Safety Awards, as an outstanding model of its kind. The FORS standard is now widely regarded by both fleet operators and businesses as ‘the’ national road safety and efficiency benchmark.

Despite originally being a London scheme, around two thirds of accredited operators are already based outside the M25. AECOM is now able to make accreditation to FORS consistently available across the country – this expansion will allow more fleet operators and their clients to benefit from consistent fleet operating standards.

Leon Daniels, Managing Director of Surface Transport at TfL, said: “In 2008 our innovation led the way to increased fleet road safety in the capital with the creation of FORS. This concession is good news for the future of road safety and the wider impacts of freight and fleet operations not just in London, but across the country. FORS’ success will be enhanced and AECOM will help this award-winning scheme expand nationwide to the benefit of all operators and road users.”

TfL will remain a champion of FORS, with all operators working on its behalf requiring FORS bronze accreditation. In addition to FORS, TfL continues to support a range of initiatives aimed at increasing road safety and supporting the freight industry.