Ford to cut more than 5,000 jobs in Germany, further reductions in the UK 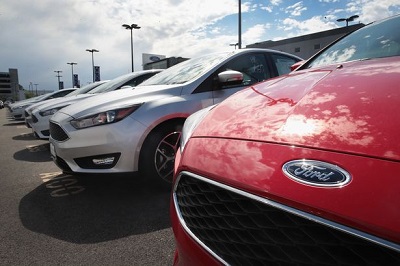 Ford plans to cut more than 5,000 jobs in Germany and will reduce its workforce in Britain as it seeks to return to profit in Europe.

The company has offered voluntary buy outs for employees in Germany and Britain, Ford said in a statement.

The cuts are part of a turnaround plan for Europe announced by Ford in January that the company said would involve thousands of job cuts, looking at plant closures and discontinuing money-losing vehicle lines.

“Through these programs and other initiatives, Ford of Germany expects to reduce its headcount in excess of 5,000 jobs, including temporary staff,” the company said on Friday.

The total number of positions affected in Britain is still to be determined, Ford said.

Ford also said it would streamline its lineup by “improving or exiting less profitable vehicle lines.”

Ford builds a large proportion of its cars for Europe in high-wage Germany at plants in Cologne and Saarlouis. The automaker is expected to end production of the C-Max compact minivan in Saarlouis as it focuses on profitable SUVs and commercial vehicles.

Ford is struggling with an aging model lineup and a contracting market in the UK, its biggest in Europe, which is in store for further disruption from Brexit.

Ford Europe has been losing money for years and pressure to restructure its operations has increased since arch-rival General Motors raised profits by selling its European Opel and Vauxhall brands to France’s PSA Group.

Ford’s turnaround plan is aimed at achieving a 6 percent operating margin in Europe.