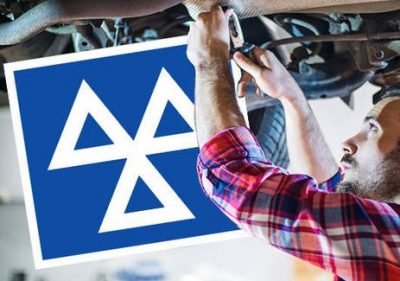 Analysis of almost 7,000 MOT reports from the Bill Manager functionality on MoneySuperMarket’s app today reveals your car’s chances of passing the mandatory safety test, based on the make, colour and even day of the week when you take it to the garage.

The analysis from the UK’s leading price comparison website reveals that British-made Minis1 fail their first MOT just 5%2 of the time – making them the top car in the report, with their failure rate well below the UK average of 11% across all car makes. In contrast, cars manufactured by South Korean car giant Hyundai are the least likely to pass their first MOT. Almost a fifth (19%) fail their first MOT, which is due three years after purchasing a new car and once a year thereafter.

According to the MoneySuperMarket app data, the Spanish SEAT is the second most likely car to fail its first MOT at 16%, closely followed by Mercedes and Peugot (13%) and BMW (12%).

The report also reveals that MOT testers are seemingly happier when the weekend is in sight. Drivers who have their car assessed on a Friday are least likely to fail their first MOT (8%), compared to Mondays (12%).

The colour of the car also plays a part – yellow cars are the least likely to fail (9%), while orange cars have the highest first-time failure rate at 13%. Overall, a tenth (10%) of brand new cars are deemed unsafe to be driven during their first MOT across the UK.

Cars most likely to fail their first MOT:

Cars most likely to pass their first MOT:

Emma Garland, data scientist at MoneySuperMarket, commented: “Our data shows that over a tenth of new cars are deemed unsafe to be driven after just three years, which shows how up-to-date you need to be with repairs and services to your car, even if it’s recently purchased. By law, a failed MOT will take your car off the road and could result in a fine of up to £1,000 if the vehicle is used. Fortunately, there are some simple steps you can take to improve the chances of you driving away with a pass on your record. These include changing light bulbs, replacing windscreen washer fluid and checking your windscreen wipers and tyres.

“Last year saw new rules for MOTs introduced, many of which also affect your insurance, such as increased scrutiny on visibly deflated tyres and missing brake pads. It’s important to keep your car in good working condition, as failing to do so could not only result in a failed MOT, but could also invalidate your insurance, leaving you out of pocket in the event of an accident.”

Download the MoneySuperMarket app, the quick and easy way to switch and save on your car insurance, receive reminders of when your next MOT is due and keep track of your household finances.

1 Majority of Minis are built in Oxfordshire:

2 All figures taken from MoneySuperMarket analysis of almost 7,000 MOT reports in 2018