More than 4,500 lorries, among a huge backlog of stranded trucks for days in the British port of Dover, crossed the Channel on Friday after nearly 1,000 British troops were deployed Christmas Day to step up coronavirus testing. 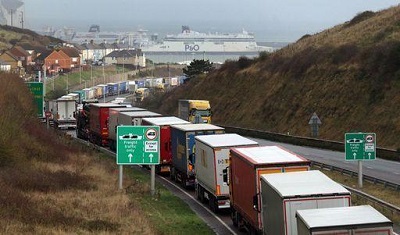 The port remained open despite the Christmas holiday so that ferries, as well as the trains bringing trucks through the Channel Tunnel, could operate — but only for trips from Britain to France.

“At this rate, the situation should be completely taken care of by tomorrow,” he said.

Getlink, the Eurotunnel operator, said more than 1,000 trucks had transited the tunnel in both directions by 5:00 pm, two-thirds of which had travelled from England to France.

Truckers were stranded in southeast England after France halted all travel from Britain on Sunday for 48 hours in a bid to prevent a new strain of coronavirus, which experts fear to be more contagious, from reaching its shores.

The move created a massive logjam with up to 10,000 trucks parked along highways as well as on the runway of the Manston airfield, according to EU transport commissioner Adina Valean, who criticised the French government’s decision.

Drivers fumed at having to spend Christmas in their cabs away from their families with only minimal toilet facilities because they were unable to get the Covid-19 tests that must be negative to be allowed into France.

British transport minister Grant Shapps said on Twitter on Friday that more than 10,000 coronavirus tests had been carried out on lorry drivers and only 24 of them had tested positive. 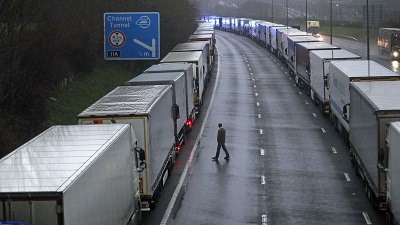 Twenty-five French firefighters were again dispatched to Dover on Friday to help carry out tests, following a first team sent over Thursday.

Britain’s defence ministry said Friday that an additional 800 personnel had been deployed on top of 300 already on site to step up coronavirus tests for drivers and “help clear the backlog of vehicles.”

“There is a need for increased testing as more vehicles continue to arrive every hour,” the ministry said on Twitter, adding that the teams would also deliver food and water to drivers waiting to return home.