Carrier Transicold Southern the First to Sweep the PACE Awards 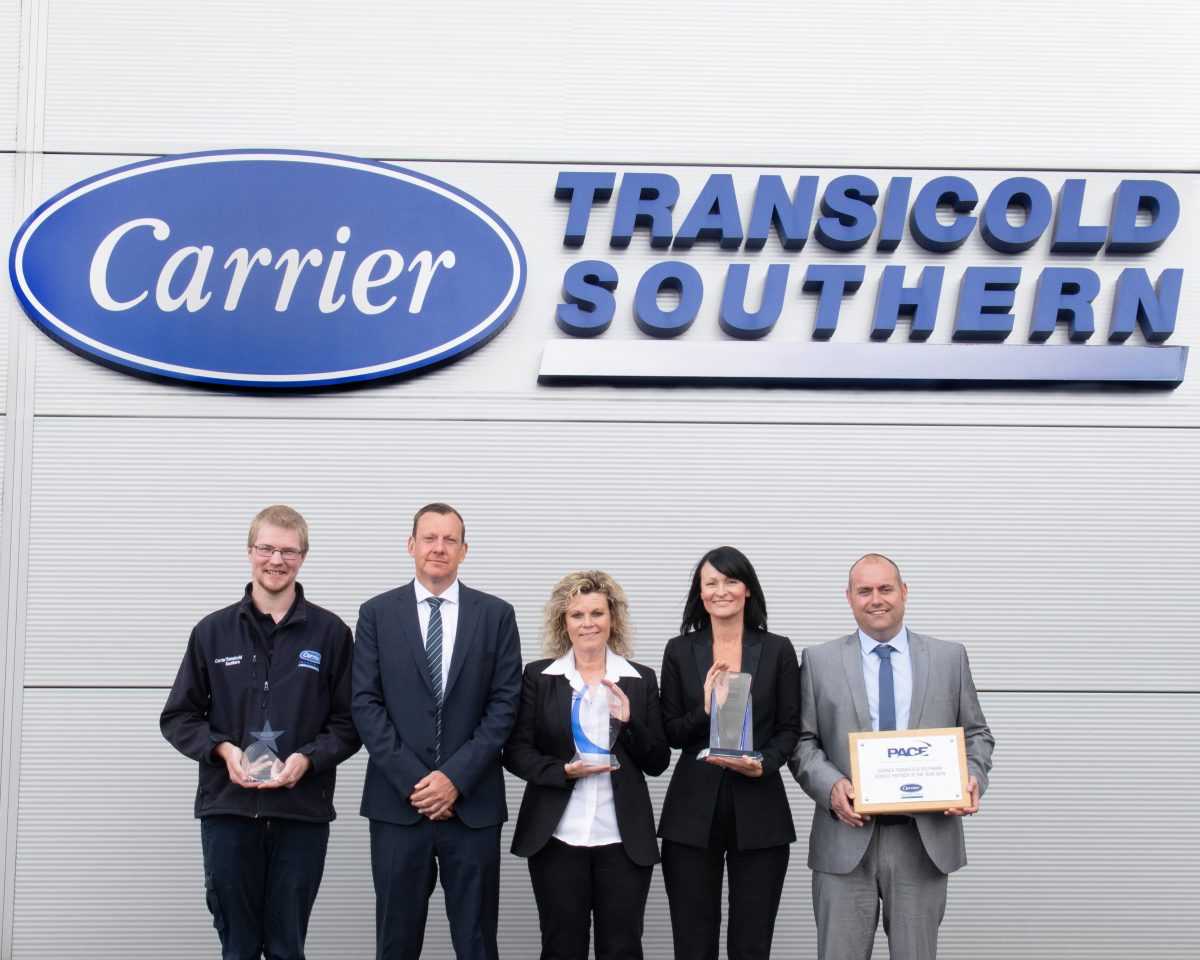 It is the first time Carrier Transicold Southern – which is part of Glenside Commercials and is headquartered in Caerphilly, with sites in Avonmouth, Portsmouth, Bracknell and Faversham – has secured any of the three main awards. This year, it managed to take the prestigious top spot across the entire service partner network with a score of 94 per cent. Scores are based on 29 key performance indicators across 38 service standards and 610 individual checkpoints, including ‘first-time fix’ rates, planned maintenance completion figures, breakdown response times and spare-part availability.

“We’re thrilled to be the very first Service Partner to take home all three awards in one year; it’s a testament to all the hard work and dedication the team has put in,” said Mark Lovering, managing director, Carrier Transicold Southern. “The standards across the service partner network are always extremely high, so the competition was obviously very tough; we’re extremely proud.”

To win the Carrier Safe Award, Carrier Transicold Southern was recognised for its stand-out achievements and fantastic performance relating to health and safety throughout the year. Completing the hat-trick, the Training Academy Candidate of the Year was handed to Jake Salter, who is completing a professional development course accredited by the Society of Operations Engineers at Carrier Transicold UK’s Training Academy.

“We’re delighted that the hours of hard work Jake has put in this year has been recognised, it’s a huge achievement that he is rightly very proud of and it marks a fantastic start to what surely will be a long and successful career,” added Lovering.

Carrier Transicold’s network service partners, based in 22 key locations across the UK, are independent companies that provide support to customers operating Carrier Transicold equipment on their light commercial vehicles, trucks and trailers. They collectively employ more than 160 mobile service engineers.