Demand for short-term leasing to rise 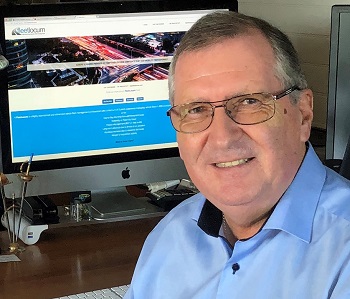 Demand-based short-term car leasing utilising a subscription-style funding solution is anticipated to increase in popularity as a lack of confidence continues to undermine business willingness to sign-up to three and four-year contracts.

That’s the view of Tony Donnelly, chief executive of Goodwood Corporate Mobility, parent company of GoodLease, who believes demand for company cars on contract lengths up to 12 months is set to accelerate.

That growth will further undermine demand for traditional company cars on three and four-year agreements, which is already being hit by the rising year-on-year burden of benefit-in-kind tax and future uncertainty over tax levels as drivers instead opt for cash allowances.

Meanwhile, said Mr Donnelly, a range of other factors supported his view that short-term subscription-based contracts allied to a trade-up pay-as-you-go facility could be the future, at least in the short to medium-term, including:

Mr Donnelly, whose Goodwood Corporate Mobility stable of brands also includes interim fleet management specialist FleetLocum, which is bringing new strategies to the sector through its work in the UK and Europe, said: “Fuelled by a wealth of fleet industry and business uncertainty, corporates are learning that they can hire quality cars for periods of up to 12 months and sometimes longer on the same terms (price) as they can get a 36/48 month lease.

“Additionally, businesses are not tied into lengthy contract agreements and do not risk the imposition of potentially exorbitant end-of-contract charges (mileage and damage). Equally, they don’t have to concern themselves with vehicle maintenance due to today’s longer service intervals, while the new car is a motivational tool for an organisation’s workforce.

“Furthermore, subscription-based and pay-on-demand business models with cancellation on demand frequently without penalty are established in other areas, notably the mobile phone sector, and could be utilised in the vehicle leasing arena.

“Add in to the fact that, particularly in major conurbations, traffic congestion, parking and the introduction of Clean Air Zones are all making car ownership more difficult and it is not impossible to see that demand for car usage paid for using methods that are proven in other sectors of the economy could become acceptable and popular in the traditional perk company car sector.”

What’s more the arrival, albeit still embryonic, of Business Mobility-as-a-Service (BMaaS) was already fuelling the creation of a comprehensive range of flexible and competitively priced mobility services to meet the needs of the new generation of employees – whose requirement and preferences were very different from staff of yesteryear, according to Mr Donnelly.

He concluded: “Corporate uncertainty fuels a requirement for business flexibility and that means employers must be nimble and have the capability to react quickly to changing circumstances so there is a reticence to sign long-term contracts, particularly in non-core markets and that means in the supply of perk company cars.

“A subscription car service allied to a pay-on-use model will not be suitable for every business and every perk company car driver, but it will work for many. In return for a monthly fee, an employee would have access to whatever vehicle they required whenever they wanted it. That could include, for example, a small car during the week and a lifestyle 4×4 vehicle at weekends with any additional costs met via a trade-up, pay-up facility.”