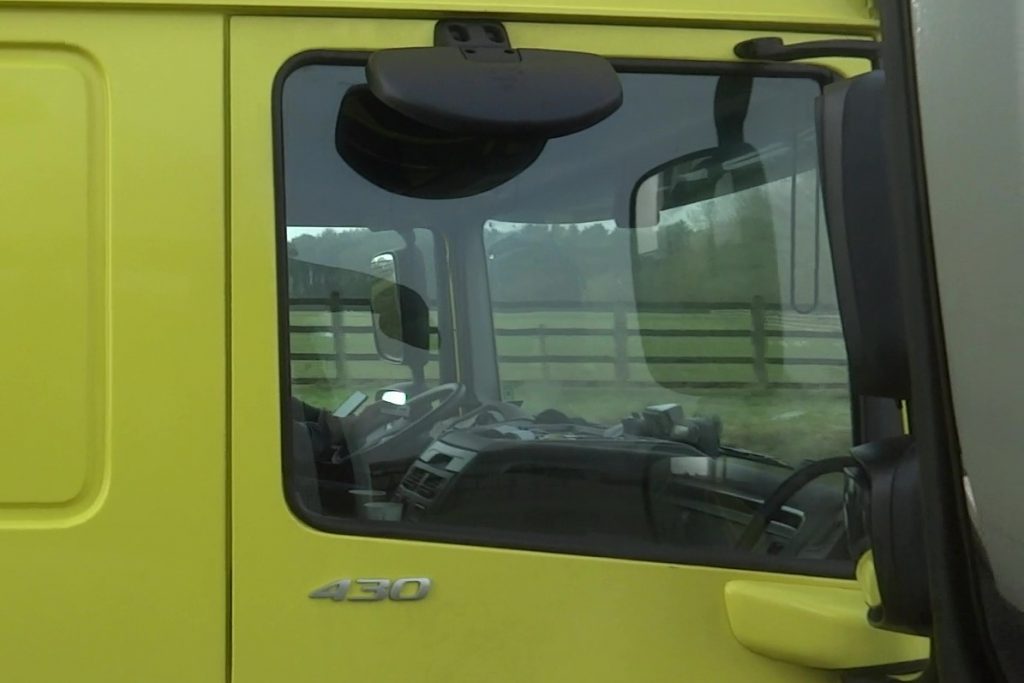 Shocking footage of a lorry driver using his mobile phone to make a credit card payment as he travels along the M40 near Leamington Spa has been released by Highways England.

The trucker, who was seen holding his credit card and phone in each hand, was among over 3,000 dangerous drivers filmed by three unmarked HGV ‘supercabs’ in the past year to improve safety on England’s high-speed roads. The footage is available at: https://youtu.be/lrEWBIGNBAA

The cabs, which are funded by Highways England, have travelled thousands of miles since they first took to the road 12 months ago and police offers inside the vehicles have recorded over 3,500 offences.

All three cabs are now being used for a week of action on the M1 to improve safety on England’s most used motorway.

Highways England’s traffic officers will also be joining forces with the emergency services from today (Monday 13 May) to provide free tyre checks and safety tips to drivers at motorway services by the M1.

Richard Leonard, Head of Road Safety at Highways England, said: “Hundreds of thousands of drivers use our roads every day and the vast majority are sensible behind the wheel but some are putting themselves and others at risk.

“We introduced the three new HGV supercabs last year to help keep the roads safe and tackle dangerous driving by people who have either got into bad habits or are simply ignoring the law.

“The cabs have helped to identify over 3,000 unsafe drivers over the past year, and we hope our week of action on the M1 will encourage everyone to think about what more they could do to improve how they drive.”

The three Highways England supercabs patrol motorways and major A roads across England, and have been used by 29 police forces over the past year in a safety initiative known as Operation Tramline.

They allow police officers to film evidence of unsafe driving behaviour by pulling up alongside vehicles, and drivers are then pulled over by police cars following a short distance behind.

The supercabs have a derestricted speed limiter which means they can travel at speeds up to the national speed limit, and flashing lights have been installed for use by police forces in an emergency.

“We remain committed to tackling those who take unnecessary risks with their own safety and the safety of others on our roads by allowing themselves to be distracted while driving. The consequences of these actions are often devastating.

“We will continue to work alongside Highways England on Operation Tramline and will prosecute drivers who ignore the risks.”

Other footage captured using the cabs in their first year included a van driver who was spotted with no hands on the wheel as he used one hand to change gear and the other to hold his mobile phone. The incident happened as he travelled along the A38 near Derby, even though he pulled into a service station to stop just a few seconds later.

The driver of a pick-up truck was also filmed without his hands on the wheel as he travelled along the M60 near Eccles in Greater Manchester. The footage shows the driver with both hands on his phone as he writes a text message. 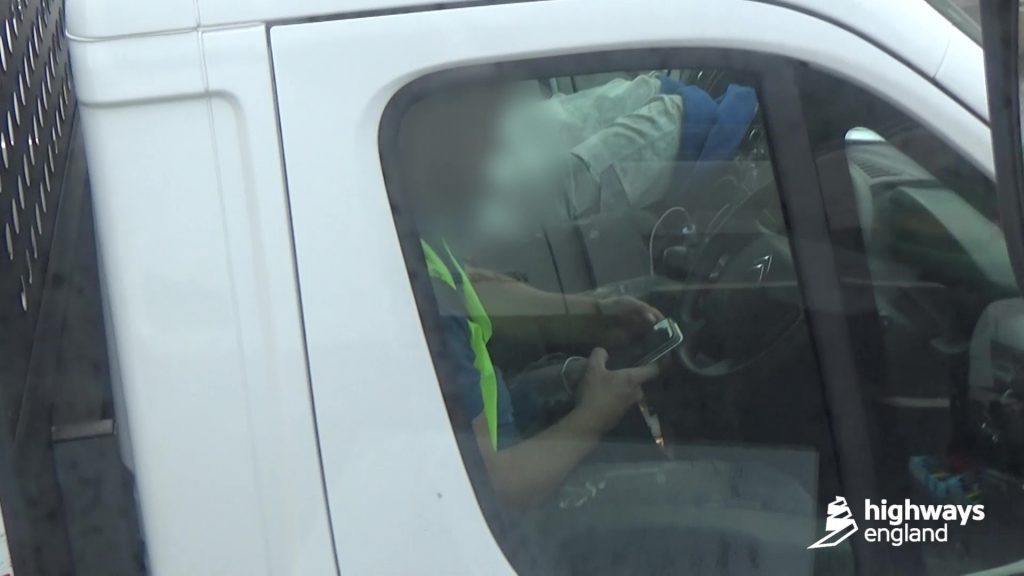 “Operation Tramline is an invaluable initiative to help police catch the drivers putting themselves and others at risk.”

Around one in three of the drivers filmed breaking the law by the supercabs had someone in their vehicle not wearing a seatbelt, despite statistics showing that one in four people killed in car crashes in 2017 were not wearing seatbelts.

Drivers illegally using a mobile phone while driving was the second most common offence captured by the cabs, with the latest figures showing that mobile phone use is a factor in one death on the roads every 12 days.

The most common offences included: