Police forces and safer roads partnerships across the country are being urged to adopt a new speed camera enforcement strategy that will increase the threat of detection for motorists. 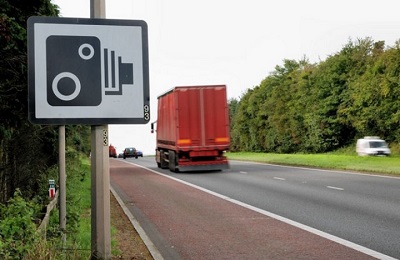 In a report published on 15 October, Road Safety Support says there has become a complacency among drivers in relation to speed camera use in recent years.

The report recommends an urgent step change in order to increase the perception of speed camera detection, to jolt motorists into driving more carefully on all roads – not just those where they expect to see a camera.

Mobile speed camera vans, which are highly visible and can be utilised over a wider area, should be used to support traditional roads policing efforts, the report states.

It says mobile cameras can detect offences over a greater range and deliver far greater general deterrence to the motoring public.

Trevor Hall, managing director of Road Safety Support, said: “Police forces and safer roads partnerships have very effective technology at their fingertips that we know reduces casualties; we have the evidence.

“We just need to adopt a new strategy to use it more efficiently and, through regular, proactive communications, help the public to understand that if they speed or commit other offences on the roads, there is every chance that they will be caught.”

‘Leave traditional camera enforcement behind’
‘Raising the Game’ was written by Road Safety Support’s enforcement experts, who have worked in speed camera operation in the UK since the 1990s.

It explains how many UK police forces are still using a similar criteria that was developed back in 1992 when speed cameras were first introduced in the UK.

The report was initially released exclusively to Road Safety Support members – all but four of the UK’s police forces and safer roads partnerships. But the not-for-profit company has now taken the decision to publicly release the strategy to encourage as many authorities as possible to adopt its recommendations, in an effort to save lives.

It has been backed by det chief supt Andy Cox, of Lincolnshire Police, who is the national lead for fatal collision investigation reporting to the National Police Chiefs’ Council (NPCC).

At the start of the Covid-19 pandemic, in his previous role as Vision Zero lead at the Metropolitan Police, he launched a campaign against ‘extreme speeders’.

Det chief supt Cox said: “Since lockdown, speeding enforcement rose to prominence up and down the country with high amounts of extreme speeding cases being experienced.

“A clear link was identified with these very risky acts and an increased risk of fatal and serious collisions.

“Speeding remains the biggest risk to road safety and should be the number one focus and priority for traffic enforcement.

“I would urge all forces to download this report, if they haven’t already done so, and follow the recommendations in it in relation to enforcement and communications.”

There are plenty of electric vehicle (EV) charging companies in the market today; all with their own unique selling point. As the number of EVs rise, charging