Average speed on the Strategic Road Network (SRN) in England rose to a record high during lockdown, new statistics show. 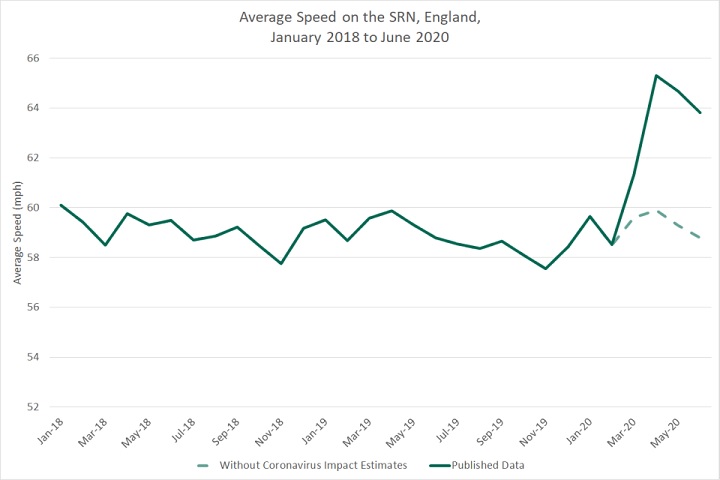 Published on 16 September, the Government data looks at average speed and congestion in the year to June 2020 – providing a clear indication of the impact of Covid-19.

During April, when lockdown was at its peak and traffic fell to below 40% of what is to be expected, average speeds on the SRN rose to 65.3mph – the highest since April 2015, when the Government first started collecting data.

The gradual easing of lockdown saw speeds begin to drop – with an average of 64.7mph in May and 63.8mph in June.

However, these figures remain above the average for the year to June 2020 – 59.6mph.

Meanwhile in April, average delay on the SRN more than halved compared to the level estimated for the same period without the impact of the Covid-19 on travel.