Driver had car impounded despite doing nothing wrong 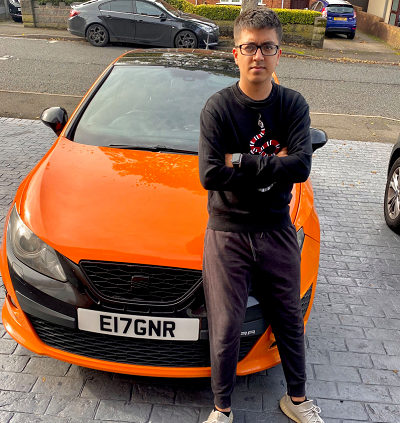 Student, Asim Tahraf bought a pair of customised number plates in celebration of graduating from Aston University in Birmingham. As he was required to do, he checked that the plates were registered with both the DVLA and his insurer, and was assured that he was OK to drive the vehicle.

As a consequence of those assurances, Asim took his car out for the first time with the registration, E17 GNR fixed to the car. Within minutes, he was pulled over by the police.

Asim said that initially, he didn’t feel worried as he knew the car was fully insured and legitimate. However, the police said that his number plates do not exist!

Asim said: “I was completely devastated, it was a total nightmare. I’ve been left with points on my licence over an admin error.”

To make matters worse, he was told he needed to reclaim his car from the police station and pay £175, or the car would be scrapped.

A spokesman for the West Midlands Police said: “The car was seized for having no insurance after a number plate on the vehicle was not registered on police systems at the time the driver was stopped.

When buying and registering a customised number plate, it seems sensible to wait a week before taking the car onto the road.