A Turkish lorry driver has been jailed for two-and-a-half years after pleading guilty to attempting to smuggle 17 migrants out of the UK in the back of his lorry. 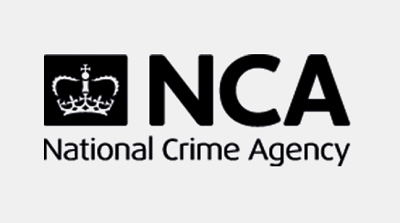 Hakan Zengin, 36, from Cigli in Turkey was detained after his vehicle was stopped by the National Crime Agency and police at the M25’s junction with the A3 on Sunday 21 March.

Seventeen migrants were found concealed in the lorry’s trailer, sitting on pallets that had been laid across the load to accommodate them.

The stop was of part of a wider NCA investigation into a UK-based network suspected of smuggling of migrants into and out of the UK using HGVs, codenamed Operation Symbolry.

He pleaded guilty to facilitating illegal immigration, and a judge at Kingston Crown Court sentenced him on Friday 4 June.

“While his motivation for doing this may have been money, Zengin has found out the hard way that working with these crime groups does not pay, and he faces a life-changing jail sentence far away from home.

“I hope this conviction and sentencing sends out a message to others who would consider getting involved. It simply isn’t worth it.

“Working with our partners in the UK and overseas we are determined to do all we can to disrupt people smugglers and put corrupt drivers like Zengin behind bars.”

Zengin is the latest in a series of lorry drivers arrested and convicted as part of Operation Symbolry.

Romanian national Marius Halmaghe, aged 36, was stopped on the A2 in Kent on 1 October 2020, with four migrants discovered by police. He was sentenced to 31 months in prison last November.

29-year-old Alexandru Fuiorea was arrested as part of an intelligence-led operation on the M2 in October, when 18 migrants were found hidden in the rear of his truck as it headed towards Dover. Fuiorea was given a sentence of three years and eight months in April.

On 6 November 2020 Mihai-Veleriu Postolache, aged 25, and his partner Roxana Gabriela Stan, 25, were arrested by the NCA after five migrants were discovered in their HGV as it entered the port of Dover. They were sentenced to 33 months and 14 months respectively in January.

And Sebastian Gabriel Podar, 48, was jailed for six years at Canterbury Crown Court on 19 May. He was arrested as part of a National Crime Agency operation at the port of Dover in the early hours of 2 December. Nine migrants were discovered in the rear of his HGV.

The conviction and sentencing of Podar came the same day as more than 130 National Crime Agency officers carried out a series of raids across east London targeting the alleged organisers of a people smuggling network.

Mohammed Mokter Hossain, 52, and Noor Ullah, 28, appeared before Barkingside Magistrates on 21 May where they were remanded in custody until the next appearance at Snaresbrook Crown Court on 17 June 2021. Six other men arrested were all released under investigation.