Catalytic converter: Worth more than gold!

Catalytic converter thefts are on the rise across Britain with organised criminals hacking the emissions-reducing devices to steal the expensive precious metals contained inside while they are parked. It sounds like a plot from a Hollywood film, but unfortunately its very real and happening on your doorstep.

The AA say that damage caused by thieves frantically trying to strip them from vehicles are resulting in insurance claims of between £2,000 and £3,000, or in worst case scenarios some vehicles have been written off entirely.

Research by Compare the Market has shown which cities outside of the capital are already being hit by the new crime-wave, and where the greatest growth in thefts has occurred.

Analysis of the data shows London is still the hotspot for this type of theft. There were 15,237 recorded catalytic converter thefts over a three-year period in London – far more than any other city. It seems that criminals are now expanding outside of the M25 and seeking new targets in major cities. 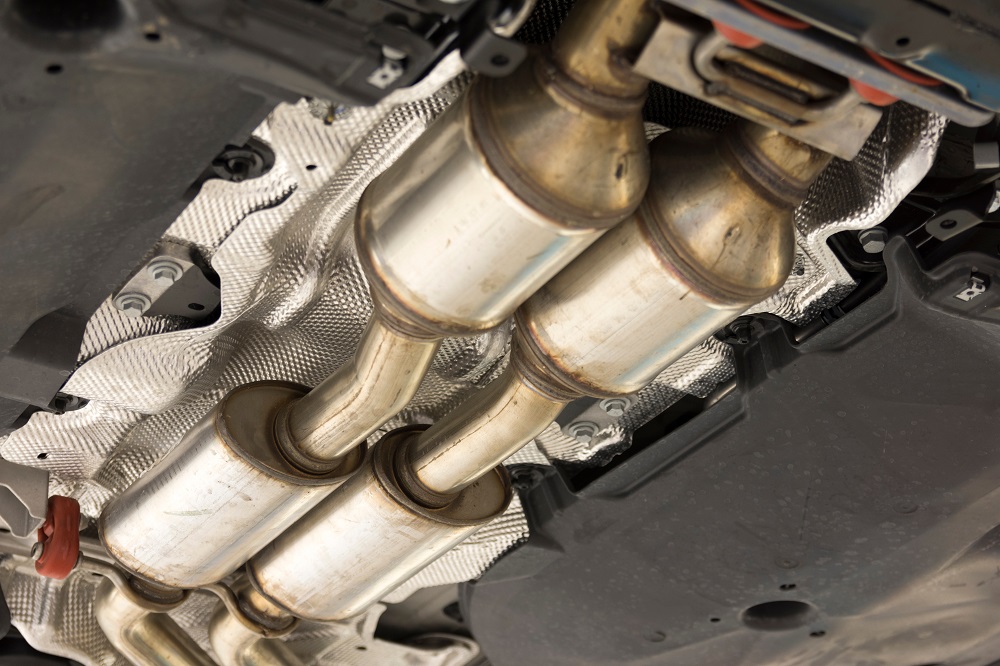 Birmingham was the second worst-hit area with 320 thefts, while Coventry was third with 287 thefts over the same period.

Catalytic converters are fitted to all petrol cars manufactured from 1993 to reduce the harmful pollutants emitted from exhaust pipes.

The converters take gasses produced and convert them into water vapour and less harmful emissions via a series of chemical reactions.

They are made up of an array of valuable materials including palladium, rhodium, and platinum. Criminal gangs are aware of this small fortune stored beneath your vehicle.

Currently, palladium is even more valuable than gold, having doubled over two years, while rhodium is more than four times higher in value than gold. Platinum is half the value of gold.

Criminals know that they can extract catalytic converters more easily that stealing a car outright, taking value that could be worth a few hundred pounds at a time per converter when the minerals are extracted.

Hybrid cars are a bigger prize because they have more precious metals stored per converter. Models such as Honda Jazz, Toyota Prius, Toyota Auris and Lexus RX are prime targets due to this.

The police and AA say that to help foil the thieves, catalytic converters can be uniquely marked in acid with a serial number.

Motorists are advised to keep their cars in garages or park in well-lit areas. Most converters are bolted on – but they can also be welded on.

And because there is often no third party to claim against, drivers using insurance policies to cover repair costs are also losing their No Claims Discount.

Toyota, one of the biggest car makers affected, said last year that it did not envisage the ‘rapid rise’ in thefts, which in turn ‘impacted our ability to source enough of the parts we need in some cases’.

Drivers can purchase devices that lock in around the converter to make it more difficult to remove. Providers include Catloc and Catclamp, which can be installed on a number of different vehicles.

However, they are not cheap, with prices as high as £250 for some models, but if it saves £2-3000 to replace a stolen converter, or the prospect of the car being written off then some people may see it as good value.

Mike Hawes, chief executive at the Society of Motor Manufacturers and Traders said that catalytic converter theft is ‘of concern both to car owners and manufacturers’.

‘Car makers are taking what steps they can to make the crime as difficult as possible – some even modifying car designs to try to tackle the issue,’ he explained.

‘The industry is providing support and guidance to customers where required and liaising with police forces to see what more can be done to apprehend the criminals and prevent further thefts.

‘In the meantime, police advice to consumers is that they should, where possible, park inside a locked garage, in well-lit areas and close to fences or walls to restrict access beneath the vehicle.’

It seems that this is yet another form of crime the motorist has to face, where the police or the car industry itself does not seem willing or capable of preventing, only providing advice of keep your car locked somewhere you can see it, where criminals can’t get under it easily.