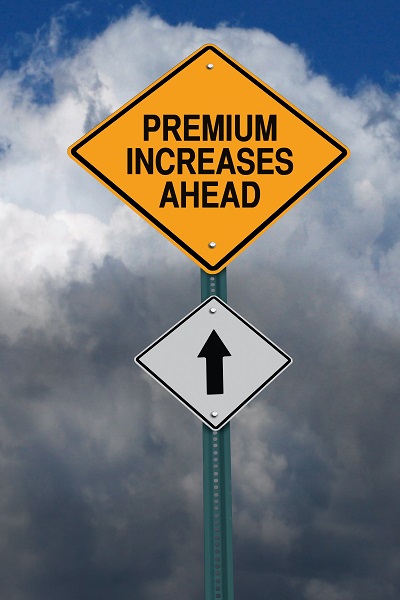 Fleet insurance broking specialist, McCarron Coates, is warning passenger transport, freight and courier fleets to “assume the brace position” ahead of their next insurance renewal, as the long-anticipated alteration to the Discount (Ogden) Rate falls far short of insurers’ expectations.

The specialist broker to some of the country’s biggest fleets is warning operators not to be taken in by some editorial that has appeared in national newspapers this week, stating that insurance premiums should fall, following a move in the Discount Rate from minus 0.75% to minus 0.25%.

The Ogden Rate governs the discount an insurer receives when paying out large lump-sum compensation payments to those with life-changing injuries.  Whilst a sum is awarded for each case, that is taken to be the sum that the injured party should receive over their lifetime, taking into account interest that can be earned on an invested lump sum.  The insurer, therefore, pays out the amount that is the total awarded sum, minus what the Ogden Rate determines should be the interest that can be earned over the years ahead.

From August 5, such lump sum payments will be governed by an Ogden Rate calculation of minus 0.25%, rather than the current minus 0.75%.  The latter was introduced to reflect low interest rates and the difficulty in a claimant actually reaching the total awarded sum through investment of their money.

Whilst, at face value, this is predicted to enable insurers to cumulatively save between £320m and £500m a year, the short-term impact is not predicted to be a favourable one for those seeking insurance in higher-risk sectors, like motor, where claims for liability can result in large settlements.

The reason is that the change in the Ogden Rate for those insured in England and Wales is not what the insurers expected it to be, with some justification given the trends in interest rates.

Harsh criticism from insurers after the last Ogden rate review in December 2016, which led to the minus 0.75% rate coming into force in February 2017, revolved around the fact that claimants were actually able to earn more than their entitlement through investment, with the rate penalising insurers and over-compensating claimants. With all of the arguments put forward, insurers expected the new rate to be set to between 0% and 1%.

This widespread expectation led to many insurers setting their premiums in anticipation of this new rate this August.  Now, the movement of the rate to just minus 0.25% will see many insurers suffering huge financial hits.  Hastings, for example, has already said it will suffer to the tune of £8.4m.

Here is an example, to show the impact.  A 30-year-old male suffers a severe injury that leaves him unable to work again.  His earnings, at the time of his accident, were £30,000 per annum (net).

The calculation of the sum he will receive is based on multipliers that take into account his age, gender and mortality risk.  The discount rate then deducts the amount for anticipated interest on the sum awarded.

But at the 0% rate that some insurers anticipated, the payout would have been:

At the 1% new rate others expected, it would have been:

This is the impact on just one claim and on one claim that could also have a similar calculation applied, should Matt require lifetime nursing care as well.

With the leading insurer body, the ABI, being extremely vociferous and calling the new rate decision “misleading and wholly disingenuous” and with insurers already openly stating they are “hugely disappointed”, there will be swift reactions from insurers, as they adjust premiums to try to cover the losses they will incur in the short-term.

McCarron Coates director, Ian McCarron, who was a leading fleet insurance broker spokesperson on the Ogden Rate when it was revised in late 2016, says: “There is already talk of some insurers pulling out of some higher risk sectors – like fleet insurance – and almost certainly increases in premiums are on the way, of a size that could affect the affordability of insurance for some fleet operators and potentially put some out of business.

“With the likelihood of a no-deal Brexit ahead, the picture is extremely murky for any fleet transport operator heading towards their first renewal after the rate revision.”

It says fleet operators, who will feel a per-vehicle-insured impact that will cumulatively lead to a big hit to the bottom-line, need to prepare for a bumpy road ahead.  It urges fleet owners and managers to significantly tighten up their operations, assessing and mitigating risks as much as possible, and instructing an informed broker, so they can be presented as an enhanced and good risk when it comes to renewal, to offset the premium hikes.

The respected fleet insurance broker also says fleet operators need to plan their renewal strategies at least six months ahead, contacting an expert in fleet insurance broking, rather than a generalist, as placing risks is almost certainly going to get tougher and possibly prove impossible, if their broker does not have numerous fleet insurer contacts, or access to schemes.

Insurers are likely to become more selective with the risks they take on and more nervous about working with brokers with whom they have no relationship and who have not earned their respect when it comes to presenting risks.

In some cases, the nature of an operator’s fleet insurance may need restructuring, with a specialist broker’s help, to contain an element of self-insurance.

Paul Coates, director at McCarron Coates, concludes: “The first Ogden Rate change hit many insurers and, in turn, fleet operators hard and many are still recovering from that blow.  They may well have been anticipating a favourable Ogden Rate review that would lead to reduced premiums over the next few years and some opportunity to recoup some losses.  What has actually happened, however, has shocked the insurance market and the ripples are already starting to filter through, with warnings of what is to come.  We cannot stress enough how fleets need to be proactive now and be fully prepared for what lies ahead.  If they do not adopt what we are calling the ‘brace position’, they may not survive the blow that comes with not just their next renewal quote, but perhaps with renewals for a few years to come.”