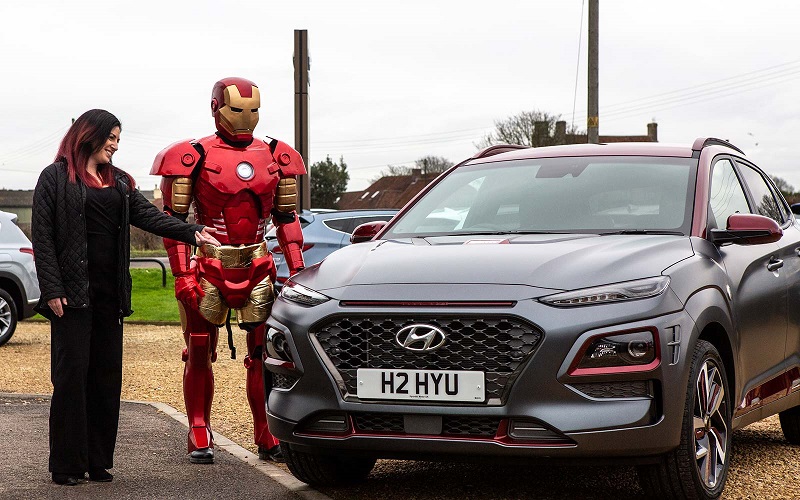 The Marvel superhero’s alter-ego Tony Stark isn’t known for carrying out everyday chores during his downtime. But he looked at ease in the West Country, where he was photographed driving out of a Hyundai dealership with a brand-new model.

Bemused onlookers watched the comic book legend take a dog for walk, go for a KFC drive-thru and drop off a load of cardboard at a local recycling plant. 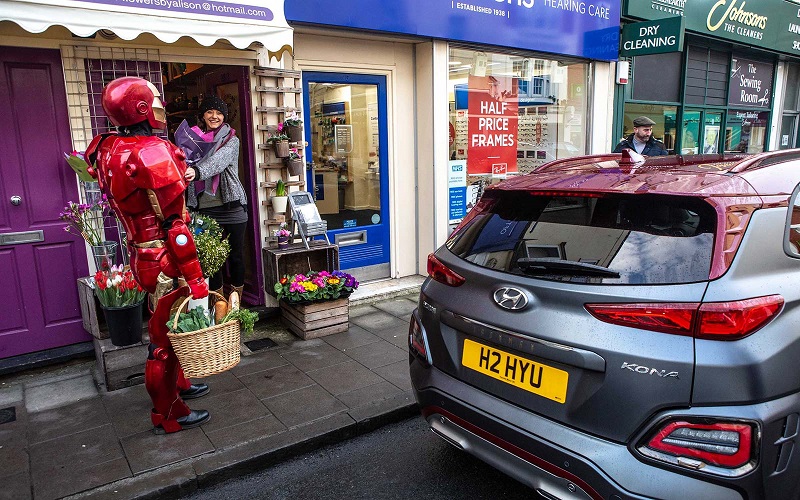 He was also seen spending some time in upmarket Clifton Village, home of Brunel’s famous suspension bridge, where he carried out his grocery shop, visited a florist and checked out the offers at an optician’s – to the shock of passing shoppers.

But the superhero wasn’t in the UK for the latest adventure – it was a lookalike who had arrived in the city to show off the new Iron Man-inspired Hyundai Kona.

After being unveiled at Comic Con in the USA last year, Hyundai has now confirmed it will bring 300 of the Kona Iron Man SUVs to the UK.

The Kona has matte grey and ‘red armour’ exterior paint like Iron Man along with special 18-inch alloy wheels which feature the superhero’s face. 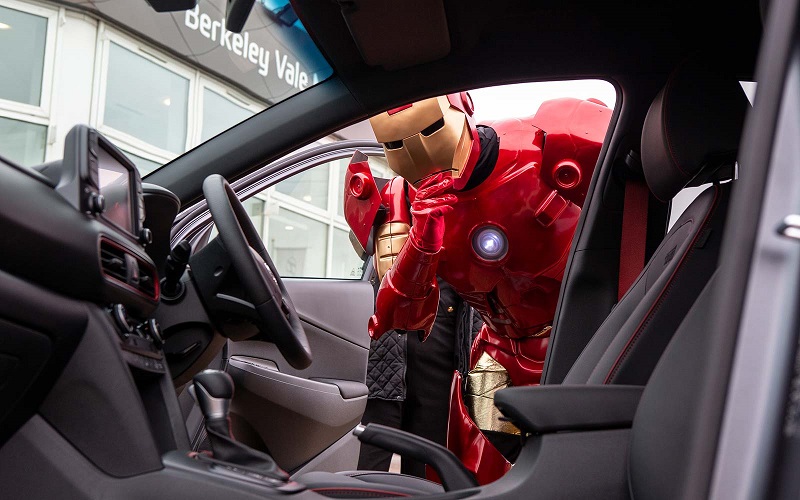 Inside, the leather seats feature red stitching and piping while the heated and ventilated front seats are embossed with the STARK Industries logo and Iron Man image on the backrests.

When the 177bhp engine is started up, both the infotainment and dial instrument screens display the Iron Man eyes.

And open the door when it’s dark and the Iron Man mask is projected onto the ground outside.

“Kona Iron Man Edition takes this further, standing out even more with its Iron Man inspired looks and equipment.

“With only 300 cars coming to the UK, the Kona Iron Man Edition will be a unique ownership experience, combining the Kona’s style, technology and performance with a slice of superhero fun.”