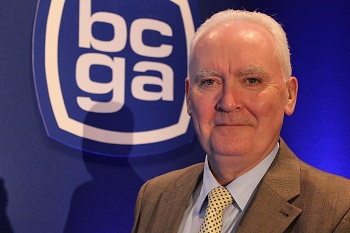 With only water emitted from hydrogen fuel cell electric vehicles, the British Compressed Gases Association says they are in pole position to make an immediate impact on air quality.

But the Association says that without a national fuelling infrastructure in place, their use will be limited in the UK.

Doug Thornton, Chief Executive of the British Compressed Gases Association, (BCGA) said: “Initiatives such as the National Clean Air Summit (14 FEB) demonstrate there is a growing sense across the UK that much more needs to be done to tackle air pollution.

“Against this background, there’s never been a better time to consider hydrogen.

“The technology is here and it is being used now. Hydrogen fuel cell electric vehicles run successfully in the UK, with most of the established filling sites and existing vehicles – including cars and buses – in use around London at present.

“At the moment, public awareness is relatively low around this type of fuel technology in the UK, but the uptake of hydrogen fuel cell electric vehicles has made significant progress across parts of the world, including mainland Europe, America and Japan.

“Yet, despite their success internationally, a lack of refuelling opportunities nationally has hampered their introduction in the UK.

“This is starting to change with initiatives including the Government’s announcement in 2017 of a new £23 million fund to accelerate the take-up of hydrogen vehicles and roll out more cutting-edge infrastructure.

“But more needs to be done to ensure the UK benefits from this type of technology and, we’d hope to see the issue raised at governmental, local authority and an industry level to open up this opportunity.”

The BCGA has taken significant steps to support the UK’s move to a hydrogen economy.

This includes the development of a Gaseous Fuels Committee to offer safety and technical expertise. This committee has played a key role in hydrogen featuring in a supplement to the Blue Book, which offers expert information on the storage and dispensing of fuel for vehicles – a step which enables hydrogen to be introduced on forecourts in the UK’s fuel station network.

David Hurren, chair of the BCGA’s Gaseous Fuels Committee, said: “Many people are not aware that, as well as offering zero harmful emissions, hydrogen fuel cell electric vehicles have a range of more than 300 miles and the refuelling process – which takes just three minutes – is very similar to that currently experienced at petrol and diesel stations.

“While a battery electric vehicle offers zeros emissions in use, it has limited range and charging is time-consuming. The manufacture of the battery pack and its subsequent disposal also impacts on resources.

“However, a hydrogen fuel cell is still an electric vehicle, but one where the power is not from the grid, but from hydrogen, which in turn can be produced by using renewable sources.

“That’s really useful technology for cities, where car owners might struggle to access charging points for a battery electric vehicle.”

The BCGA says industrial gases are already emerging as a major force in the quest for greener transportation in the UK.

Mr Hurren added: “We are already seeing a surge in demand for Compressed Natural Gas (CNG) and Liquefied Natural Gas (LNG) vehicles across the haulage and fleet industries.

“Efficiency savings and lower emissions have led to this rise and an increasing number of fuel stations are introducing CNG and LNG dispensing systems on their sites.

“Hydrogen is the next logical step on the forecourt. It is technology that is trusted and time-proven and will broaden the choice of the car buying public.

“We now need government to recognise that gaseous fuels and infrastructure are deployment ready and to reflect that in their statements and policy statements around sustainable transport options.”

BCGA has produced a short film to highlight the range of benefits hydrogen fuel cell electric vehicles offer, available to view at http://bit.ly/2z2uBDQ