PEUGEOT, Citroen and Vauxhall vans will be powered by hydrogen fuel cells from as early as next year. 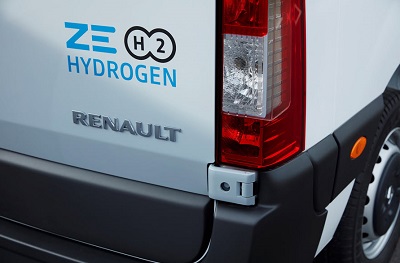 Stellantis, the joint PSA and Fiat Chrysler Group, announced this as the next step in its aim to become a zero-emissions car company. The new model will be based on the platform currently used by the Citroen e-Dispatch, Peugeot e-Expert and Vauxhall Vivaro-e and using a new hydrogen cell system.

A 60bhp fuel cell stack will be connected to three hydrogen tanks mounted under the cargo floor. There will also be a 10.5kWh battery mounted under the seats which can be plugged in to be recharged, providing power for the 121bhp electric motor which drives the front wheels offering up to 31 miles of range on its own.

The battery will provide power from a standstill, at low speeds and under acceleration, while the fuel cell takes over at cruising speeds.

Stellantis said the combined fuel cell system will have a range of more than 250 miles with three-minute refill times for the hydrogen system.

Medium and long panel van versions will be available and because the fuel cell system is integrated into the existing van platform, cargo volume hasn’t been compromised with a payload of up to 1.1 tonnes.

The fuel cell system has been developed by Opel’s research and development department in Germany with input from PSA engineers along with French hydrogen experts Faurecia and Symbio, along with funding from the German government.

The first hydrogen-powered vans could hit the road as early as the end of this year. Hydrogen charging stations are far and few between in the UK, billions of Euros are being ploughed into an infrastructure by the French and German governments.

There are currently 25 hydrogen refuelling points in France, and 90 in Germany, with more being added every month.