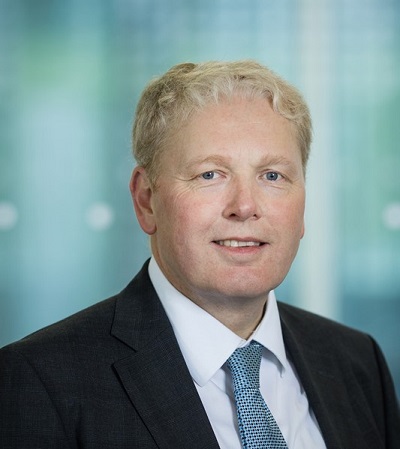 Did you know that Germany has a better infrastructure of hydrogen filling stations than modern, environmentally conscious California? Despite this, only 392 vehicles with fuel cells in Germany were listed as registered with the Federal Motor Transport Authority on 1 January 2019. In view of the broad trend towards electromobility, or more precisely battery-powered electric mobility, other alternative drives seem to be disappearing from the general consciousness.

Battery-powered electric vehicles are certainly well suited for urban traffic: the routes are manageable and the charging infrastructure is well developed. This may apply to the same extent to pure urban traffic, but in view of our increasingly overcrowded cities, we need to take a critical look at individual car traffic in general. But for longer distances and heavy vehicles, batteries make little sense due to their relatively short range and high weight. Lorries, trains and ships can barely be operated with batteries.

Batteries have other disadvantages. On the one hand, there are the raw materials: lithium is rare, cobalt is harmful to health and can cause cancer. The often mentioned rare earths are not that rare, but it is problematic that the majority of them come from only one producing country, the People’s Republic of China, and that such strong dependencies can arise with the increasing demand. And we must also assume that the mechanics in the car are probably more durable than the battery. So if after ten years, for example, the battery is no longer working, do you buy a new, expensive battery for your ten-year-old car? Does that make any sense?

For long distances and heavy weights, e-mobility with hydrogen and a fuel cell as an energy converter is an ideal drive. And it is already in use in several areas. In Germany, for example, the Rhein-Main Transport Association  is one of the pioneers in the use of hydrogen in local trains. StreetScooter, the manufacturer of electric transporters for the postal service, has also now got involved in the production of fuel cell vehicles for long-distance logistics.

And hydrogen is also suitable for use in passenger cars: we have several vehicles at the Aerospace Centre that we use to commute between Cologne and Jülich. That’s a distance of around 150 kilometres per round trip. If you drive sensibly, you can do it three times on just one tank. And there are also three hydrogen filling stations on the way.

Given such tangible benefits, why are hydrogen vehicles still a niche product for European manufacturers? I think there is often a lack of understanding of how the markets will develop. In Japan and Korea, for example, where fuel cell cars are produced, the situation is different.

But hydrogen will certainly only be one component in the drive mix of the future. Natural gas currently accounts for the largest share of alternative drives. This is a financially advantageous type of drive, but it is only a temporary solution to the challenge of reducing CO2 emissions since it also of course involves fossil raw materials being burned.

An interesting alternative is synthetic fuels. They are ideal wherever it is difficult to replace combustion engines, for example in air traffic. They could also be an alternative for road transport because they can use the existing infrastructure of petrol stations. Whether synthetic fuels can be offered at competitive prices depends on the tax structure: if CO2 is taxed more heavily, synthetic fuels from air and water that do not cause CO2 emissions could benefit. This could be a sensible transitional technology while we still have many cars with combustion engines on the road.

The chemist, who holds a doctorate, heads the Solar Process Engineering Department at the Institute for Solar Research of the Deutsches Zentrum für Luft- und Raumfahrt (DLR) – German Aerospace Centre and Dresden Technical University . There, he researches the conversion of solar energy into liquid fuel.