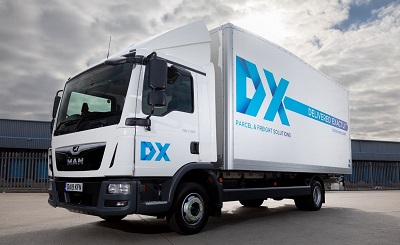 DX Group has been a customer for more than 15 years

The West Midlands-based company was crowned Bodybuilder of the Year at the prestigious Commercial Motor Awards 2020.

This was the second time Bevan Group has entered the competition, and its second success – Bevan Group also took the honours in 2017, the first occasion on which truck and van bodybuilders and converters were recognised with their own category.

This year’s independent judging panel of road transport sector specialists praised Bevan Group as “a business with an eye for the future, particularly when it comes to electric vehicles”.

They noted that against a backdrop of consistent growth, Bevan Group had continued to show “that it’s bursting with innovation,” and added: “An impressive heritage of commercial bodybuilding is backed up by an equally impressive warranty for its products.” 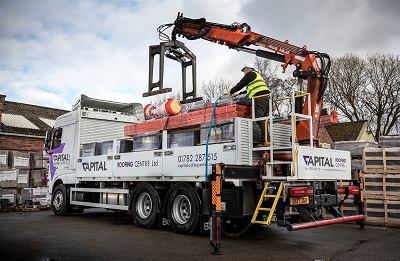 In March, Bevan Group announced the launch of En-Veco, a specialist business unit established to support operators as they make the transition to more sustainable road transport solutions.

As well as producing and fitting high-volume Voltia bodies for fully electric Nissan e-NV200 vans, En-Veco – the name is an abbreviation of ‘environmental vehicle conversions’ – offers a comprehensive bodybuilding service that covers other chassis which employ gas as well as battery power, including hybrids. Its contention is that alternatively fuelled vehicles require specialist bodybuilding knowledge and skills.

In 2019, meanwhile, Bevan Group stole a march on its competitors by introducing the sector’s most comprehensive warranty, a five-year commitment which provides unrivalled peace of mind for operators.

The move underscored the manufacturer’s confidence in the quality of its products, processes and people, as well as its determination to provide customers with the highest standards of aftercare.

Accepting Bevan Group’s Commercial Motor Bodybuilder of the Year prize by video link, Sales Director Roy Shelton said the entire company team was proud and honoured to have won again. Its success showed “not only what can be achieved, but also the consistency of the quality of our service over time”, he observed.

Roy continued: “Everyone at the Bevan Group has worked really hard to raise the standards of the industry, and this (award) is testament to that work.” He highlighted Bevan Group’s track record on innovation and “the launch of our new company converting and building on more environmentally sustainable chassis”, as well as its warranty and commitment to customer service.

Underlining the leading role Bevan Group has taken in the development of sustainable road transport solutions, its Voltia conversion has also earned the company a place on the Clean Fleet Van of the Year shortlist at the Motor Transport Awards, which are due to be announced next Wednesday (7 October).

Bevan Group employs more than 300 people and operates from headquarters in Wednesbury, a second location in the town, and other production facilities in Halesowen, Oldbury, and St Helens, Merseyside.

The family-owned company manufactures more than 60 truck and van bodies each week, for some of the biggest names on UK roads. Its product portfolio includes boxes, curtainsiders, tippers, dropsiders, and Lutons, and specialist products such as highways maintenance vehicles. Bevan’s Supertrucks division, meanwhile, is the UK’s leading producer of glass-carrying bodywork.