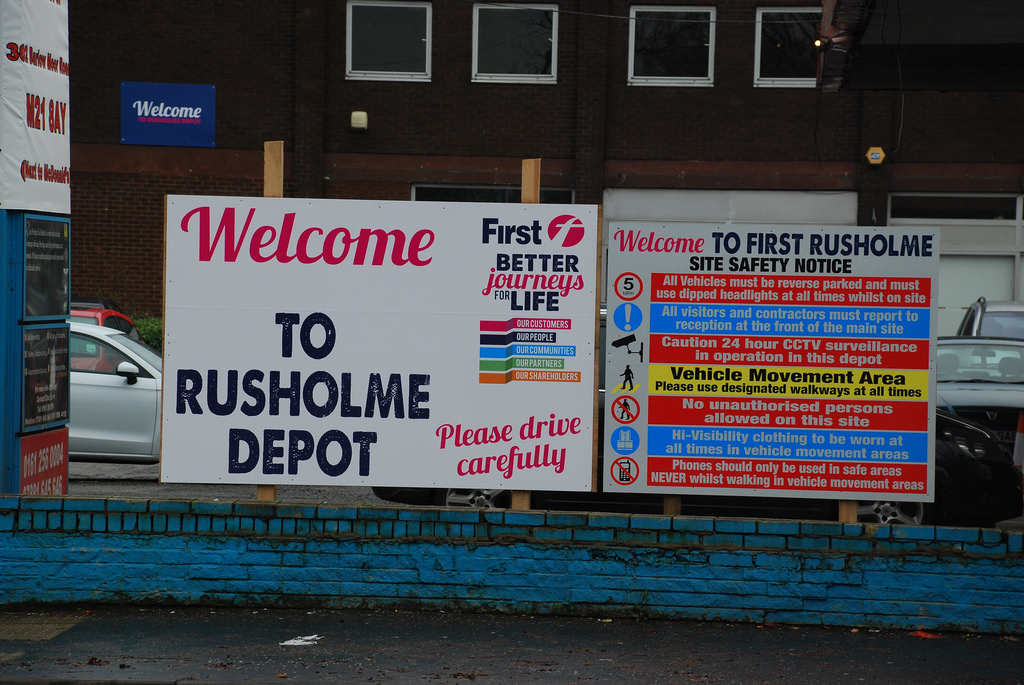 First Manchester has announced a proposal which could see its Rusholme Depot close, with staff, services and vehicles relocated to other depots in the Manchester division.

The Rusholme depot was acquired by First Manchester, with the operations of EYMS Group-owned Finglands, in February 2014.

The announcement of the proposal to close Rusholme depot follows the closure of depots in Bury and Tameside during 2017.

Ian Humphreys, Managing Director of First Manchester, issued the following statement: “First Manchester has today, Friday 26th October, announced a proposal to relocate employees from the Rusholme depot operation as part of a move to safeguard jobs for the future.

“This proposal will not result in any redundancies or changes to local bus services as the business will continue to operate both the 41 and 53, which currently operate from Rusholme.

“We have commenced briefing our employees and trade unions to ensure their views are considered as part of this relocation process and we will provide a further update once this process has completed.

“If the proposal is implemented then First Manchester will relocate colleagues and services from Rusholme by Saturday 26th January 2019.”