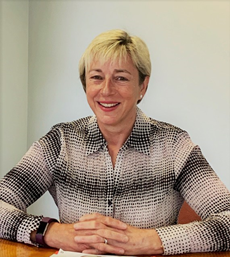 Over the Easter period, the cost of fuel at the pumps reached a five year seasonal high according to statistics from AA Fuel Price Reports. AA figures, reported in The Times, showed that average UK retail petrol prices were 125.41p per litre, a rise of 4.4p per litre inside a month. This equates to an additional £2.40 to fill up a typical 55-litre car and is up from a retail price at 120p per litre at this time last year.

The average retail price of diesel in the UK is around 131.97p per litre, said the AA, a rise of 1.65p per litre in a month and the highest price for diesel at this time of year in the last five years.

There has also been an impact on base oil prices since the UK voted to leave the EU in June 2016. Oil is sold in dollars around the world and, since Brexit, the value of the pound has declined steadily against the dollar.

Analysis earlier this year, from Allstar, shows that since the Brexit referendum, the cost price of oil has increased by 9p per litre, with 5p attributable to the resulting fall in the pound against the dollar, while the cost of oil adds 2p per litre and other factors including increasing environmental obligations add a further 2p.

Sue Branston said: “With fuel prices on the rise, the onus is on fleet managers to look at measures to ensure that costs are kept under control and within budgeted limits, and that the right fuel purchasing strategy is followed.

“Fuel is the largest day-to-day operating cost on the company fleet and often the control of the price paid is in the driver’s hand.  Even supermarket pricing, typically the cheapest retail purchasing opportunity, can be more expensive than a negotiated corporate deal on a set weekly rate directly with the source, the oil companies themselves, in some instances.

“There are many solutions available, but fuel is a complex commodity and truly needs to be understood in terms of the supplier offerings and all the hidden charges, such as transaction costs, and not just the price of fuel itself.

“Fleet Logistics UK works with a number of suppliers to provide corporate clients with solutions to save money, without impacting the driver. For example, with one client which operates a fleet of more than 2,000 hgvs and cars, we have introduced a change in fuel strategy which has led to a forecast saving in excess of £120,000 per annum,” said Branston.

She continued: “Arguably, the most effective way to reduce fuel costs and cut the corporate carbon footprint is to reduce the volume of business journeys made. Allowing people to work from home reduces mileage, using online or phone-based meeting technologies instead of moving people to sites reduces the need for travel.”

Branston said that monitoring driver behaviours and identifying which drivers were regularly paying too much or driving too inefficiently could also help control costs.

“Fleet managers should also consider techniques such as efficiency driver training, which teaches drivers techniques for conserving fuel and anticipating road hazards and which has been shown to clearly reduce fuel consumption and costs.”

Another option may be to consider downsizing or rightsizing vehicles to more fuel-efficient alternatives. The opportunity for downsizing is enhanced by many manufacturers introducing model ranges that optimise the use of available space, while simultaneously improving fuel consumption, said Branston.

“Similarly the latest alternative fuel vehicles (AFVs) on the market, such as petrol electric hybrids, may offer more fuel competitive options, although driver mileage, range and type of driving being undertaken also needs to be taken into account.

“In urban areas, pure electric vehicles may be a consideration, but again their suitability for the task in hand bearing in mind the range required will also need to be factored into the decision,” she said.