The five benefits of advanced lubrication as temperatures plummet

As the seasons change, creating new driving conditions, drivers’ thoughts will traditionally turn to the state of their vehicle and ensuring it is prepared for the coming months.

However, as today’s engines become smaller and more efficient – without sacrificing performance – vehicle maintenance is becoming increasingly important. One area that is rising in prominence, regardless of the season, is advanced engine lubrication. As engine design progresses, lubricants companies are challenged to create an oil that can handle increased pressure and deliver notable benefits for the vehicle and driver – whatever the weather. 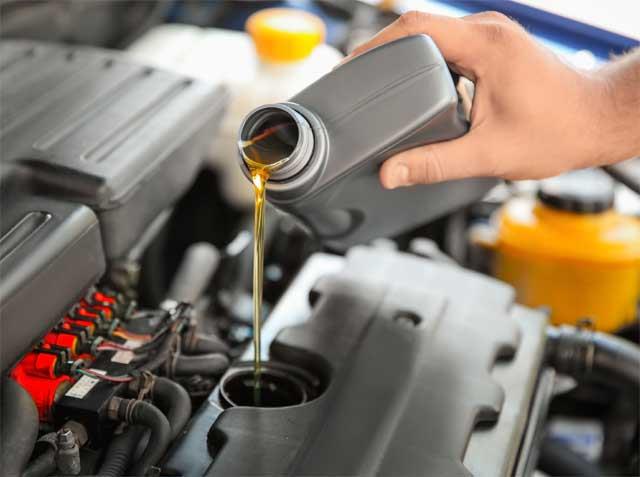 Paul Beasley, Expert Technologist at Castrol, outlines five major benefits of advanced lubrication and how this can be used to address the needs of modern engines:

Engines have been changing since the early 2000s, getting smaller but retaining the performance of larger engines with the adoption of turbocharging. These smaller engines work harder and have higher average efficiencies. This also means that they run at a higher pressures, and to withstand this, oils need to be stronger. During every engine revolution, intense friction hotspots occur. Collectively, engine friction can waste up to ten per cent of engine performance.

The correct engine oil is crucial in order to mitigate against lost engine performance. Newer products are specifically developed to meet the challenges of modern engines, physically transforming structure at a molecular level when under extreme pressure, to help reduce friction and wear.

The formulation and performance of engine oils is highly regulated. In Europe the body that controls specifications is the European Automobile Manufacturers’ Association (ACEA). They define the basic requirements for oils in Europe and for European cars. For most automotive manufacturers these represent a minimum expectation for all the key functions of a lubricant.

Many manufacturers add on their own requirements, bespoke to their needs. This is an increasing trend. Oil and the engine work in partnership and in order to get the very last drop of fuel economy, the very last gram of carbon dioxide reduction, oil is becoming a critical part of maximising the engine’s potential.

As far as environmental concerns go, nitrogen oxides (NOx) and emissions of particulate matter (PM) are one of the greatest hazards from automobiles. Control of these pollutants, and others, is mandated in European emissions laws.

Although oil is not deliberately supplied to these systems, a small amount of oil is burnt in combustion. The oil combustion products will reach the after-treatment system – and the wrong formulation may adversely affect the way the system functions.

Advanced lubrication can also offer fuel economy benefits. For example, one way to make an engine more efficient with a lubricant is to make the lubricant thinner, lower the viscosity. The trouble is, that comes with a downside; if you make the oil thinner then wear may start to increase.

Engine oil performs a variety of functions, the primary ones being friction reduction and wear protection. Lower viscosity oils can help reduce friction and so can boost fuel economy. However, the pressure to design and develop increasingly thinner oils increases the demands on the additives used in the formulation. As the oil gets ever thinner there will be increased danger of metal-to-metal contact which means that additives need to be specially formulated to protect the engine.

LSPI (low speed pre-ignition) is a phenomenon that has arisen as gasoline engine designs have moved towards increased turbocharging boost pressures coupled with direct fuel injection, in the pursuit of increased efficiency and reduced emissions.

There are numerous factors that can influence LSPI, one of which is the engine oil. Engine tests for LSPI will soon be added to manufacturer specifications, and when they are, lubricants companies will be able to demonstrate the protection level required in order to gain approvals. In the meantime, a robust lubricant package will help to mitigate against the potentially catastrophic engine failure caused by LSPI.