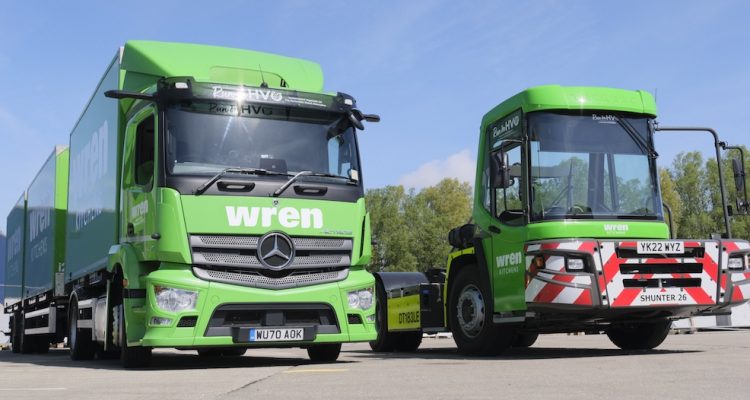 Produced using hydrogenation and hydrocracking of vegetable oils and animal fats, HVO can, without any modifications, be used to power most new diesel trucks.

Earlier this year, several major operators including Evri, Howard Tenens, Travis Perkins, Speedy Hire and ASCO confirmed they were switching over to use the biofuel.

The trend has shown no sign of abating during 2022, with more companies making the switch as a practical way to reduce carbon emissions quickly.

For example, Wren Kitchens has now switched 94% of its HGV fleet over, following a successful trial at its Barton-upon-Humber depot in North Lincolnshire for three months with no performance issues reported.

By September this year, more than 200 of Wren Kitchens’ 18-tonne and 44-tonne home delivery trucks were powered on HVO derived from waste and residue oils.

He said: “The introduction of HVO is another exciting milestone in our long-term sustainability plan and it also plays a pivotal part in delivering against the government’s target for net-zero carbon emissions by 2050.”

British Gypsum has also begun to convert its HGV fleet from diesel to HVO, manufactured at refineries from waste materials such as cooking oils.

The firm has already installed an HVO refuelling point at its Robertsbridge depot as well as a new fuel island capable of delivering 110,000 litres a week at its distribution centre in Gotham.

About 40% of the company’s UK fleet now operates on HVO fuel, with a further 10% using Liquefied Natural Gas (LNG)

The British Gypsum vehicles are using Green D+ HVO, which is an EN15940 fuel – which leaves no carbon deposits and has a cleaning effect on engines.

According to British Gypsum, the use of a mix of cleaner fuelled vehicles is expected to reduce its carbon emissions by approximately 70%, year on year.

Gd+ HVO, developed by Green Biofuels, is made from renewable feedstocks, and contains a performance additive to ensure cleanliness and optimum combustion.

In-field and controlled environment-independent tests have shown that compared to standard diesel emissions, Gd+ HVO achieves up to 80% reductions of particulates and up to 20% reductions of nitrogen oxides emissions.

Parcel delivery company DPD UK is switching its 1,600-strong diesel truck fleet to Gd+ HVO, with plans to convert 60% of its vehicles this year – reducing emissions by 70,282 tonnes compared to 2021.

The remaining vehicles will change over by the end of 2023.

William Tebbit, CEO and Co-founder at Green Biofuels, said: “Our mission is to support the net-zero energy transition by providing a solution that that makes an immediate impact on local air quality, lowers CO2 emissions, and supports decarbonisation.

“The challenges faced by DPD are typical of most large fleets in the UK; however, Gd+ HVO provides results with no additional costs of transforming the engines.

“Green Biofuels offers the most effective solution available today – it is an essential ingredient for the transition to an environmentally friendly world fuelled by 100% renewable energy.”

Kitchen supplier Howdens has said HVO is a vital ingredient in its sustainability strategy and is now using the product extensively across its logistics fleet.

Howdens is committed to buying 350,000 litres of HVO before the end of 2022, with plans to increase volumes in the coming years.

It is part of the firm’s decarbonisation strategy that is also seeing it currently trial a DAF electric truck. 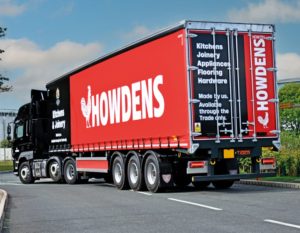 Gareth Sterland, Head of Transport at Howdens, said: “The move towards HVO, LNG and electric vehicles demonstrates our commitment to CO2 reduction across our expanding fleet and network.

“At Howdens, we understand what we must do, and we will absolutely deliver on our carbon reduction promises.”

PepsiCo UK is also working with its transport partner Pollock (Scotrans) to replace diesel with HVO and power more than one million miles of HGV journeys.

With an aim to reduce greenhouse gas emissions across its UK supply chain by 1,200 tonnes each year, the food and drinks manufacturer said HVO will be used in its trucks which travel between the Quaker Oats mill in Cupar, Scotland and Leicester.

The company has a goal of reaching net zero emissions by 2040.

Simon Devaney, Sustainability Director at PepsiCo UK & Ireland, said: “Using alternative fuels across our manufacturing and logistics operation is one key component in our plan to reduce our emissions footprint.

“The work in this area is never done, and we’re constantly exploring every possible solution to reduce our impact on the planet.”

Meanwhile, London-based O’Donovan Waste has switched to using only HVO biofuel for its fleet of 100 trucks.

The company said that changing to solely HVO will have a “colossal effect” on the Scope 3 supply chain emissions of its clients and will greatly assist it to massively reduce its own carbon impact.

Managing Director Jacqueline O’Donovan said: “In this day and age, there is no room for complacency anymore and procurement departments need to concentrate on the companies that are placing the environment at the heart of their business strategy.”

An increasing number of transport operators see the use of HVO as an economical way to significantly reduce CO2 emissions in their fleets.

HVO can play an important decarbonising role in the sector until solutions such as greater provision of electric vehicle charging infrastructure and widespread use of hydrogen HGVs come on stream.