The RHA is warning that a plan for thousands of lorry drivers to strike on 23 August to demand better pay and conditions will only put more pressure on drivers and the supply chain by exacerbating the driver shortage crisis. 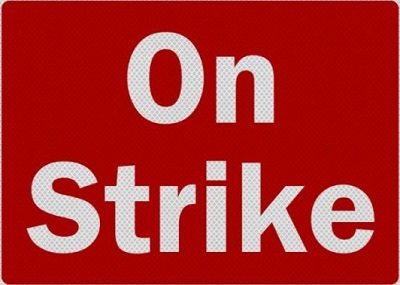 The call for a nationwide strike of lorry drivers on 23 August is posted on a Facebook group page named “HGV drivers on STRIKE United Kingdom”, which has over 3,300 members.

The group page states: “We are the backbone of the economy. The spine and the blood. Without transport any country would be on its knees within a few weeks. We should unite and stand together.”

It exhorts drivers to “stay at home and make a stand in your living room” on 23 August and suggests their demands should include a £15 an hour minimum wage for HGV drivers, a 45-hour week plus paid breaks, with overtime paid at 1.5 times the hourly rate, £50 a night for overnight work, an end to self-employment, and penalty charges for companies that deny drivers access to toilet facilities.

It concludes: “The more of us, the better. If we will be able to gather a few thousand drivers together, they will have to listen to us. Let’s unite!”

Reaction to the call for strike action, from truck drivers on the online forum TruckNet, is mixed. One doubted there would be enough support for the strike. He said: “You’ve more chance of platting (sic) fog. For every driver who is happy with the earnings from a 40-hour week, there is a tramper who needs 78 hours a week just to pay off the interest on their debts every week. That is why you’ll never unite drivers and achieve any solidarity, ergo strikes are a waste of time.”

Others called for drivers to unionise to improve conditions, rather than take ad hoc action. “I would say it is down to most drivers just accepting the conditions that we have been suckered into along with not joining a union. If the majority of drivers belonged to a union this situation would probably have never happened.”

Some drivers raised concern that the food and goods shortages the strike could create would turn the public against them, whilst others believe the public would be supportive of the strike. One said: “We did not create this monster but have been placed in it. It isn’t really a problem that we need to sort out by taking lower wages and doing longer hours. When the NHS threatened strike action over their pay, did the public go against them? I think people will be able to see the importance of our jobs and why we need to improve our conditions.”

The RHA warned against HGV striking this week, which it said could put more pressure on drivers by exacerbating the shortage. Rod McKenzie, RHA MD of policy and public affairs, said: “We completely understand the grievances of many drivers in terms of pay and conditions. However, this is being addresses with pay rising in many companies now, and in a time when there is a critical shortage of drivers a strike is unhelpful and counter-productive.”