The overflow lorry park and coronavirus testing facility at Manston Airport in Thanet is set to close three months early. 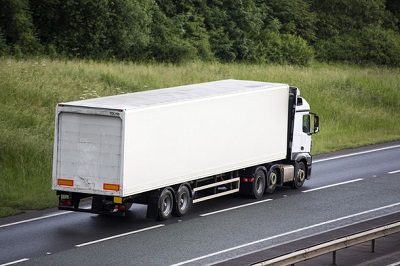 The Department of Transport has had a contract with the Manston Airport site’s former owners, Stone Hill Park, to use the runway as a post-Brexit lorry park in the case of delays at the Port of Dover since 2016.

The site made national news just before Christmas when France closed its borders to British freight and thousands of lorries parked up along the runway for days on end, some even missing Christmas.

Currently lorry drivers can either attend Manston Airport or the Sevington site off the M20 near Ashford to receive a coronavirus test and ensure their border paperwork is correct before making their way to the Port of Dover or Eurotunnel.

But now the Kent Resilience Forum has announced the Manston site will be closed on March 21 – almost three months earlier than expected.

Assistant Chief Constable Claire Nix, who is also the chair of the Kent Resilience Forum, said: “Thanks to the hard work of all partners and those EU-bound motorists who have followed the requirements, there have been no significant traffic issues on Kent’s roads since the end of the EU transition period.

“The suspension of services at the former Manston Airport site is the first major step in what we all hope will be an eventual return to business as usual, as it means HGV traffic bound for the Port of Dover will now be able to take a more direct route along the M20 with easier access to the full range of services that will be provided at the Sevington Inland Border Facility.

“It is however important to note that Manston can be stood up again at short notice if necessary, and that the site was only ever planned to be used as a holding area for lorries in extreme circumstances – as was the case following the closure of the French border last December.

“The recent agreement between the UK and French governments that HGV drivers who spend less than 48 hours in the country no longer need a negative Covid-19 test result before entering France gave partners the opportunity to review the traffic management plan and agree that the suspension of services at Manston is a step in the right direction.

“I would like to reassure residents that while these changes may result in some local traffic disruption in the short term, we in the Kent Resilience Forum will continue to closely monitor freight volumes and remain committed to keeping Kent moving.

“I would also like to thank everyone for their patience as the country continues to adjust following the end of the EU transition period.”

All lorries will now access the Operation Brock traffic management system between Junctions 8 and 9 on the M20, with one lane being used for Eurotunnel and the other for the Port of Dover.

Any HGVs that attempt to take an alternative route outside of Brock risk enforcement action being taken against them.

Lorry drivers who require a Covid-19 test before leaving the UK are strongly encouraged to take one before entering Kent in order to avoid delays. Any who arrive without one will be directed to Sevington.

Free COVID testing for hauliers is still available at one of the many Information and Advice sites.

Inland Border Facility checks will continue to be processed by Ashford Sevington or one of the other sites across the country.

You are strongly encouraged to get a negative COVID-19 test, to use the Check an HGV is Ready to Cross the Border service and get a valid Kent Access Permit before arriving in Kent to minimise delays.