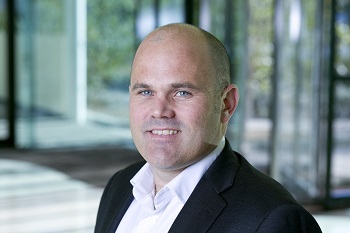 One of the UK’s leading providers of specialist commercial vehicles has completed a major deal to extend its growing nationwide operation.

Go Plant Fleet Services has acquired 266 vehicles formerly owned by Gulliver’s Truck Hire in a deal worth more than £13 million.

The agreement features a combination of truck-mount and compact sweepers, refuse trucks and gritters.

Mark Gallimore, Commercial Director of Go Plant Fleet Services, said: “This is a significant deal that will support major progress in key areas of our business.

“We’ve developed our nationwide operation with a series of acquisitions in the last 12 months and have taken care to ensure our growth is entirely sustainable.

“This latest acquisition strengthens both our contract hire and spot hire fleets, reinforces our status as a market leader and further enhances our capacity to deliver an all-encompassing solution for specialist commercial vehicles.”

Family firm Gulliver’s went into administration in December, but customers affected by the acquisition have experienced a seamless transition to Go Plant Fleet Services with minimal disruption, according to Mr Gallimore.

“Many of the vehicles involved in the deal are already out on contracts with environmental services companies and local authorities,” he said.

“We’ve taken over those contracts and will provide further support with our existing vehicles and services where it’s needed.”

A number of mobile fitters associated with the existing contracts will join Go Plant Fleet Services, which now employs around 790 people at 44 depots and service centres across the UK.

Nicola Coyne and Jason Maddern have also joined the company in new roles of Business Development Manager and Commercial Account Manager respectively. The pair will strengthen the overall sales and account management teams in the wider business.

They will also assist with the integration of 75 new customers now forming part of the Go Plant Fleet Services portfolio – four of which are major long-term contracts.

Go Plant Fleet Services, which has headquarters in Leicestershire, is already a market leader in the provision of specialist commercial vehicles and associated services.