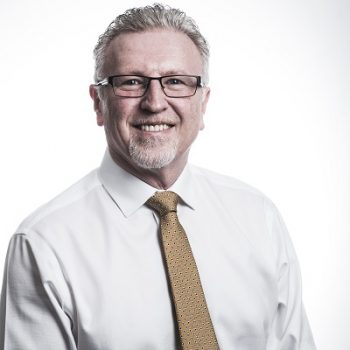 An increasing number of grey fleet drivers have raised the compliance risks their employers face and make the need for the appropriate policies and procedures of paramount importance, according to Licence Check, the UK’s fastest growing provider of licence checking services.

Official figures for the last tax year available show that the number of UK employees taking company cars fell by around 20,000, as a rising tax burden has prompted drivers to switch away from the car benefit, often in favour of cash allowances.

Many of those former company car drivers will now be using their own cars on company business when studies show conclusively that such vehicles are typically older, less regularly serviced, emit higher levels of pollution and are incorrectly insured.

However, despite this widespread use, many companies fail to recognise that they have a legal obligation to ensure that grey fleet vehicles are reasonably safe to use, are fit for purpose and are lawfully on the road, and that the company is culpable in the event of accidents that occur in such vehicles.

Richard Brown, director of sales at fleet driver licence and compliance specialist Licence Check, now part of online solutions provider, Ebbon-Dacs, said companies of all sizes were often unaware of the consequences of allowing employees to use their own cars on company business  without the proper compliance checks and balances in place.

This was important as previous research by Licence Check had shown that the most common endorsements on the licences of grey fleet drivers were for speeding, construction and use offences, such as bald tyres, defective brakes or carrying an unsafe load, and insurance offences,  typically vehicles uninsured against third party risks, said Brown.

It was partly for this reason that Licence Check developed its award-winning, cloud-based Driver and Vehicle Information Solution brand, DAVIS, to help manage driver and vehicle fleet compliance including grey fleet management services.

The grey fleet solution within DAVIS manages the compliance around employee-owned vehicles, checking vehicle credentials, such as road tax and MOT, and enabling the easy upload and storage of key documents such as motor insurance policies, as well as checking for the correct level of business use cover.

For organisations looking to implement additional rules for grey fleet drivers, vehicles can be automatically approved or rejected dependent on a variety of factors such as age of vehicle and CO2 emissions, thus increasing grey fleet control.

“Businesses often incorrectly assume that, because the vehicle is owned by the driver and not the company, they are exempt from any responsibility. However, that completely ignores their legal obligation to ensure that grey fleet vehicles are reasonably safe to use, are fit for purpose and are lawfully on the road,” said Richard Brown.

“Employers put themselves at risk of claims by third parties if employees are driving on company business and are involved in an accident, without having proper business insurance cover.  Equally, there is a risk that employees who are driving vehicles that are not roadworthy could cause harm to others, which could lead to the employer being prosecuted and heavily fined if they do not have a robust grey fleet policy in place.”

Brown said it was important not to forget grey fleet drivers in any corporate risk assessment and that the proper number and depth of licence checks needed to be carried out.

“As we have seen, a growing number of employees are opting for cash allowances and using their own cars on company business due to increases in Benefit-in-Kind taxation. Grey fleet drivers should be checked as regularly as if they were company drivers, including confirmation that they have the correct business class insurance and that they are eligible to drive the type of vehicle they are driving,” he added.

However, there was an upside in ensuring the appropriate policies and procedures were in place, said Brown, as businesses could benefit from savings in off-road time due to reduced breakdowns, as well as reducing the risk of prosecution and imprisonment faced by senior managers and directors.

“The savings achieved will more than justify any investment costs over a fairly short period,” he said.