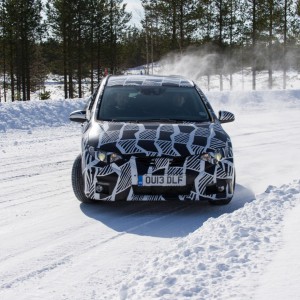 A world-first rear Adaptive Damper System will be introduced on next year’s British-built Civic Tourer, Honda have confirmed.

Set to launch in early 2014, the new model will enjoy the pleasure of becoming the first-ever production model to sport the system.

The innovation features three settings – comfort, normal and dynamic – which have been developed to enhance stability and comfort under varying load and driving conditions.

Adrian Killham, Large Project Leader of Honda, said: “By introducing the technology in this format, we expect many customers will be able to experience the benefits of this advanced system.”

The new Civic Tourer was developed and designed in Europe, allowing Honda’s European R&D team to lead the creative and technical design process.

Throughout the development they carried out testing in some of Europe’s harshest and most diverse driving conditions.

The Civic Tourer, built at Honda’s Swindon manufacturing facility, will be unveiled at the Frankfurt Motor Show in September, before launching in early 2014.