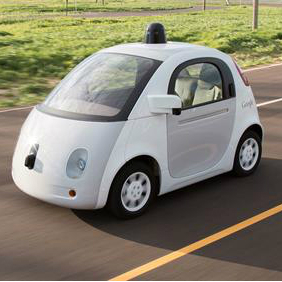 Innovate UK, the UK’s innovation agency, has called on Westbourne, one of the country’s leading communications companies, to carry out a feasibility study to test public perceptions of driverless vehicles.

The study is part of a project led by People in Autonomous Vehicles in Urban Environments (PAVE), a consortium of experts in the field of driverless cars.

“The benefits of driverless cars are potentially enormous. But new technologies can often arouse unexpected concerns such as safety and their economic impact. Too often, great new technologies can be delayed if they do not anticipate these concerns. Shale gas, genetically modified foods and nuclear energy are examples of promising technologies that faced resistance when deployed.

“This project is an important step in understanding how government and industry can collaborate to address these worries. Westbourne looks forward to utilising our experience and expertise to help companies and UK policymakers better understand the role of driverless cars in the Fourth Industrial Revolution.”

The study will comprise of workshops with relevant stakeholders such as politicians, academics, manufacturers and insurers. Members of the public will also be invited to attend one of several exhibitions to provide feedback. The study will also examine the feasibility of Culham Science Centre in Oxfordshire as a potential test site for the technology.

Each member of the PAVE consortium is at the heart of the UK’s driverless cars innovation, undertaking research alongside government and industry partners. The consortium includes Westbourne, the UK Autonomic Energy Authority’s RACE facility, Siemens, Amey and Oxbotica, a spin-out from Oxford University’s internationally acclaimed Mobile Robotics Group.

PAVE was awarded funding following a lengthy examination process conducted by Innovate UK, which is overseeing a £20 million fund for investment in collaborative R&D projects to stimulate developments in autonomous vehicles and connected transport systems.