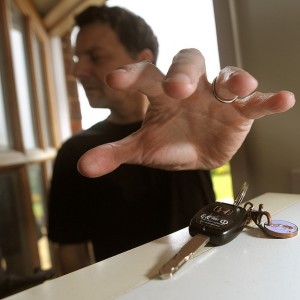 SWIPED: Are you careful on social media?

Motorists must consciously avoid writing on social networks that their home is unattended or face possible car and van thefts, Tracker have warned.

A new wave of opportunist thieves are pouncing after the resident has ‘advertised’ on Twitter and other social media they are away from home.

Some thieves are breaking into houses and making off with vehicles after swiping car keys.

Stuart Chapman, Police Relationships Manager at Tracker, said: “The changing face of car theft means that owners have to take more precautions than they would a few years ago.

“Using social media, such as Twitter and Facebook to broadcast your movements, is almost like putting a poster for burglars on your house saying, ‘I’m not at home’.

“People may not realise that car thieves will burgle a house just to get hold of a household’s car keys and then drive away with any vehicles they can.

“Modern security systems inbuilt into vehicles mean stealing the keys is the simplest option for criminals.”

Olympian Rebecca Adlington may have been targeted earlier this year after she Tweeted she was out for dinner in London – 200miles from her Manchester home.

While she was out, burglars broke into her home and made off with her boyfriend’s Audi using the car keys, which were left in the house.

Mr Chapman added: “Rebecca Adlington and her boyfriend learned the hard way that thieves think nothing of breaking into a home to steal a vehicle.

“If a vehicle is fitted with a tracking device, the electronic signal can lead police straight to the car and even the criminals, resulting in possible arrests, as well as returning the car to its owners.”