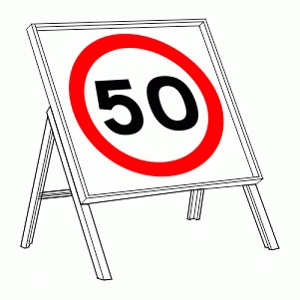 Five roads in Wales have had temporary 50 mph speed limits introduced as part of efforts to improve air quality.

From the 18th of June 2018, the temporary limits cover short stretches of road, ranging between 1.4km to 5.9km in length, where emissions have been found to exceed legal limits.

The Welsh Government expects the measures – which also include increased signage to promote smooth traffic flow – to deliver ‘immediate improvements’, estimating that emissions could reduce by up to 18% at the five locations.

The Welsh Government points to evidence which shows that nitrogen dioxide emissions are at their lowest when ‘light vehicles’ travel at speeds between 40mph and 50 mph.

Hannah Blythyn, minister for environment, said: “I am committed to taking action to reduce air pollution in Wales to support a healthier future for our communities and protect our natural environment.

“Current levels of nitrogen dioxide exceed the legal limit at the five road locations, so we need to act as soon as possible.”

The temporary speed restrictions are part of a range of actions being introduced by the Welsh Government to improve air quality in Wales, including a new £20m Air Quality Fund, a Clean Air Zone Framework and a new Air Quality website providing local data on air pollution levels.