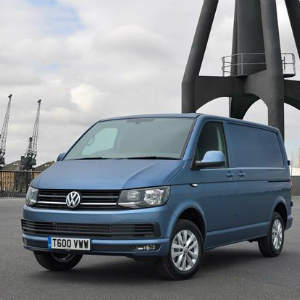 Volkswagen Commercial Vehicles has confirmed it will be attending the Commercial Vehicle Show, which takes place at the NEC in Birmingham from 26-28 April 2016. It is the first time the manufacturer has attended the show since 2011.

Following the successful market introductions in 2015 of its two core models, the Caddy and Transporter, Volkswagen will be preparing to launch the new Amarok in 2016 and all-new Crafter in 2017. The CV Show provides the perfect environment in which to meet new and existing customers.

The Commercial Vehicle Show is the best attended, largest and the most comprehensive road transport and logistics event held in Britain, attracting close to 20,000 business visitors in Birmingham.

Commenting on Volkswagen’s decision to return to the CV Show, Head of Marketing Kirsten Stagg, said: ‘We’re looking forward to being back at the CV Show next year. It’s great timing for us to consolidate the launches of the new Caddy and Transporter, as well as to meet customers and provide opportunities for our teams and those from our dedicated Van Centre network to build relationships.’

More details about Volkswagen’s stand and show exhibits will be announced in due course. For more information on the Commercial Vehicle show, visit www.cvshow.com.