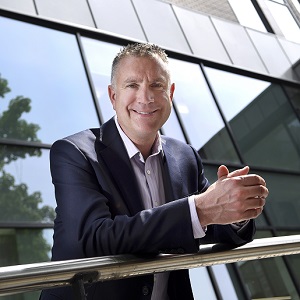 The used market remained strong through August with overall values dropping by just 0.3% in Black Book live for both diesel and petrol cars at three years and 60,000 miles, according to cap hpi.

Diesel vehicles retained their appeal with trade buyers with larger vehicles performing well. City cars were slightly weaker than the average during August. Many of these have been remarkably strong for the last year, and prices are starting to soften.

Commenting on the likely market over the coming weeks Derren Martin, head of current valuations at cap hpi said: “September is usually a very stable month for used car values, traditionally the “calm before the storm” before part-exchanges arrive into the wholesale market in large numbers. The average black book live movement during September over the last five years has been just 0.1% down, and nothing untoward is expected this time around – last year the movement was an upward one of 0.5%.

“There is the likelihood of some manufacturers registering lower volumes than normal in September, and this may even stretch into quarter four and beyond. With fewer part-exchanges entering the market from this reduction, as some fleets extend their contracts by a few months, this could be good news for used car values beyond the immediate future. With demand unlikely to fall below where it seasonally is in the final four months of the year and even the potential for new car customers to be converted into late-plate used offerings.”

The average SUV saw a drop in value of 0.4%.  The large and diverse sector has many different nuances. Some medium-sized SUVs have been in high demand, with retailers happy to pay “cap clean” values for them, and on average, there was a negligible 0.2% movement down. Larger variants were harder hit with an average drop of 0.9% on these model. Examples of models that saw a reduction this month were the Alfa Romeo Stelvio petrol and diesel, BMW X5 diesel, Land Rover Discovery diesel and the Mercedes GLE diesel.

Martin concluded: “More so than ever it is difficult to predict the next few months, due to WLTP muddying the waters, however, it is our view that the final months of the year will be relatively strong for used car values. However, there are many models that stray away from average movements, so keeping a close watch on the detail within black book live is more important than ever at this time of year, to avoid underselling or overpaying.”