UK Measures For RTFO Not Fit For Purpose Warns Gasrec 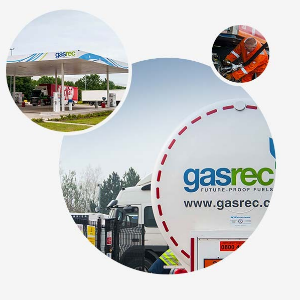 Gasrec has warned the UK Government that its current mechanism for setting the obligation on fuel suppliers to meet certain levels of renewable fuels for road transport – the RTFO – is not fit-for-purpose to meet the demanding emission reduction targets facing the UK.

The company says that the RTFO mechanisms have not been set high enough and do not give sufficient support for the necessary volumes of waste derived biomethane to be produced and used in the UK between now and 2020. This low emission renewable transport fuel has a key role to play in meeting the demanding UK transport emission reduction targets set out in the Renewable Energy Directive.

The company argues that improved ‘structures’ are needed to create stable and predictable Renewable Transport Fuel Certificate (RTFC) prices – essential for providing investor ‘bankability’. It also highlights the critical need for LNG Terminals to be included within National Grid’s ‘mass balance’ rules to maximise the potential for directing low emission biomethane into the transport sector, especially with regard to higher polluting heavy goods vehicles that predominantly require liquefied rather than compressed natural gas fuel.

Gasrec’s submission to the Department for Transport’s consultation on Proposed Amendments to the Renewable Transport Fuel Obligation can be viewed here http://www.gasrec.co.uk/renewable-transport-fuel-obligations-consultation-response-january-2017/

In its submission, Gasrec notes:

“Decarbonising the heavy goods vehicle and shipping sectors in the next decade will need clean fuels that are available now and have growth potential over that period. Hydrogen and other comparable fuels are many years away in the volumes needed to assist in reaching the targets and the true environmental impacts are yet to be fully understood.

“Natural gas and biomethane are available now and with the arrival of the new dedicated gas OEM trucks through 2017 and 2018, issues such as methane slip are eradicated.  Indeed, the report for the Department for Transport carried out by Low Carbon Vehicle Partnership – Emissions Testing of Gas-Powered Commercial Vehicles – published on 11th January 2017, states as its first recommendation…

‘This study has shown that dedicated gas commercial vehicles have potential to deliver significant GHG savings when a non-fossil, bio- or synthetic methane blend is used. DfT should therefore continue to support the development of gas vehicle infrastructure and gas powered vehicles, particularly dedicated gas, while increasing the supply of low carbon/renewable methane as a sustainable transport fuel in order to realise these benefits.’

Gasrec’s response stresses that the Government has a wide range of tools at its disposal to promote sustainable and low carbon/low particulate fuels in the transport sector including:

Gasrec also explains that many of its customers would like to use 100% biomethane in their gas vehicle fleets. They see this as a practical, ultra-low emission fuel and they recognise the growing public awareness of air quality issues with many major conurbations increasingly moving towards low emission zones initiatives.

However, the company warns that adoption of biomethane at the levels required and at a viable pace, will only happen with clear Government signals of long term support for the industry.