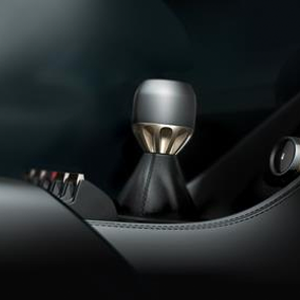 In the year that sees TVR celebrate its 70th anniversary, the company will proudly reveal a new sports car that takes engineering excellence to a new level for the iconic manufacturer.

The new TVR, to be unveiled to the public at the Goodwood Revival Earls Court Motor Show, delivers an all-British design with outstanding integrity, rigidity, reliability and quality.

Founded in 1947 by Trevor Wilkinson, the company first developed its own chassis in 1949. Various model launches followed, including the iconic Grantura and the legendary V8 Griffith, which won acclaim during the 1950s and 1960s. It was during this period that TVRs also first began to appear on track, starting a motorsport heritage that continued for several decades, including several factory entries at Le Mans. With too many iconic models to list, and a genuinely dedicated following of enthusiasts, the anticipation for the new car is understandably extremely high.

Les Edgar, chairman of TVR says: “On the 70th birthday of our marque, we are entering a new era with a precisely engineered car that delivers exhilarating performance on road and track, as well as everything discerning customers expect of a car intended for everyday use.”

The TVR team has worked tirelessly on the development of the new TVR, alongside the specialist engineering team at Gordon Murray Design. The absolute priority has been to develop a car that is a masterpiece of engineering excellence, with every aspect of it designed to be class leading in its strength, reliability and functionality, yet simultaneously extremely lightweight and high performance in every way.

Gordon Murray says : “We developed the new TVR as a product that builds on all the magic and excitement of our hand-crafted British motor cars of yesteryear. We combined this with a most rigorous engineering and assembly process design to ensure outstanding consistency, build quality and reliability.”

The new car will be revealed in September with only a limited number of the Launch Edition vehicles still available for purchase. Existing customers who have already ordered the Launch Edition participated in a series of private previews earlier in the year, where the response was nothing less than rapturous.

Les Edgar: “Even some of the most sophisticated supercars end up with the look and feel of homogeneous, industrial, mass-produced vehicles. Here at TVR, we chose to take a route that allows us to deliver a unique, hand-crafted and genuinely bespoke car .”