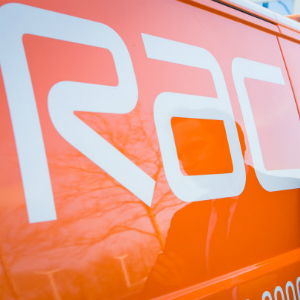 UK firms running van and HGV fleets could be losing more than £7,000 a year through vehicles being off the road due to breakdown, according to new research* by RAC Business.

The survey of 500 businesses ranging in size from SME to large corporates, found fleet managers face a raft of challenges when it comes to the cost of dealing with breakdown and loss of business.

The study revealed a majority of firms, 41%, that run commercial vehicles (3.5t vans up to 44t HGVs) suffer vehicles off the road due to breakdown at least twice a month. The same research also identified that a third, 32%, of those surveyed say breakdown costs their business up to £300 a day. This means, in the worst cases, businesses could be facing losses of £7,200 every year because vehicles are idle due to breakdown.

The issue is compounded further as 43% of those surveyed said one in four breakdowns they deal with in their fleet could have been prevented if reported earlier.

RAC Truck Rescue manager Matt Dallaway says having the right kind of breakdown cover in place is vital for any business relying on its vehicles, especially those covering long distances in the UK and Europe.

He adds: “RAC Truck Rescue is a specialist part of the RAC which specifically looks after vans, trucks and HGVs, managing more than 100,000 truck incidents a year and attending around 300,000 vans at roadside.

“Managing cash flow is the top concern for every business which is why at the RAC we’ve looked at doing things differently for commercial fleets when it comes to payment models.

“Traditionally truck fleet managers have paid on use for their breakdown cover, but that is a cost that can escalate if we have a harsh winter or if you happen to have a run of incidents.

“The RAC now offers customers an annual subscription fixed cost for commercial breakdown cover, which means they know exactly what they are paying for each vehicle in their fleet every year, with cover for up to four breakdowns.

“Not only does this benefit cash flow and service, maintenance and repair (SMR) costs, but also provides peace of mind as it’s our job to make sure those vehicles get to where they’re going and keep the wheels of the business moving.”

Business owner Kevin Gibson says: “We run a fleet of four 18 tonne trucks and in the past if one of our vehicles had a breakdown we had to rely on calling a local garage to come and get it. That wasn’t always very reliable and would cost about £500 each time.

“During one recent winter three of our vehicles had problems and breakdowns in less than a month, which in total cost us about £1,200 to get sorted out with recovery fees and other costs. That is a big cost for a business like ours to have to take on unexpectedly.

“When I heard that the RAC was offering a subscription-based product I thought that made a lot of sense because of the brand and reliability. But also being able to manage the costs in this way is much better for our business

“We’ve had the policy since the start of 2015 and we’re very happy with it because of the peace of mind it offers as well as how easy it is for drivers to call direct if there’s a problem, and financially it makes sense as we know what we’re paying every year.”