Treasury to look at how red diesel undercuts clean technology 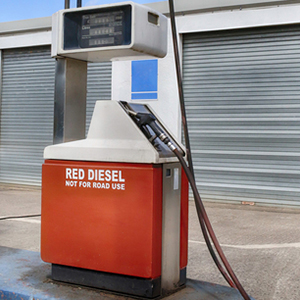 At his Spring Statement yesterday, Chancellor Philip Hammond announced a call for evidence “on whether the use of non agricultural red diesel tax relief contributes to poor air quality in urban areas”.

Clean air experts at Dearman have long argued that access to cheaper diesel is damaging for Britain’s air quality.

The company points out that, for example, there are 26,000 refrigerated trucks in Britain that have a weakly-regulated second engine powered by red diesel. Dearman estimates that these 26,000 trucks emit particulate matter to the equivalent of 3.2 million diesel cars.

The company is calling on the Chancellor to commit to acting on any findings that show the damaging impact on air quality of red diesel-powered non-road mobile machinery, particularly transport refrigeration units.

The latest call for evidence is expected to launch in the next week.

“I welcome the Chancellor’s announcement of a call for evidence on how red diesel contributes to poor air quality in urban areas. Specifically, this time the Treasury will be looking at how access to cheaper red diesel can disincentivise the uptake of cleaner technologies. This is an important step as the Government seeks to tackle air pollution.

“The Chancellor should commit to acting on any findings that show how non-road mobile machinery, especially transport refrigeration units, pollute Britain’s air by being able to access cheap diesel. This would be a real boost to the clean technologies that are affordable and available on the market.”