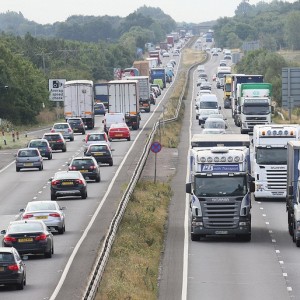 Traffic congestion is costing UK households a staggering £4.4billion every year, research by INRIX has revealed.

The study – in conjunction with the Centre for Economics and Business Research – found each UK household shells out £498 a year in direct and indirect costs thanks to traffic gridlock.

Direct effects include wasted fuel and commuter time, costing each household £53 and £337 respectively, while freighting and business fees are indirectly bumped up by £108.

Matt Simmons, European Director at INRIX, said: “Millions commute to work by car every day and these findings expose the significant economic impact gridlock is having on the UK economy.

“Congestion is reducing productivity, leaving commuters with higher bills and less time, as well as damaging the environment.

“With debates around HS2 and the UK’s transport infrastructure, it is time to take action.

“By utilising ‘big data’ to make sense of traffic intelligence on vehicle movement, bottlenecks and congestion, Britain can address the challenges facing its road network and the millions that depend upon it.”

In the UK, more than 70% of the workforce commutes to work by car during peak times, with the average British driver spending 40hours stuck in gridlock annually.

The study also revealed that every year vehicles idling in traffic in the UK, France and Germany release 1,894kilotons of CO2.

This is equivalent to the carbon footprint of 120,000 households and accrues to a total carbon cost of £106million per year.

“These findings demonstrate a clear economic and environmental case for the UK to harness the use of traffic data to plan, manage and tackle the problem of congestion, which is not only putting pressure on individual households who are struggling to make ends meet, but also costing billions to the economy,” added Mr Simmons.

“Looking at these challenges in a more intelligent way to tackle the issue of congestion could help trigger growth in the UK economy by enabling increased productivity, as well as improve the lives of millions of commuters who will be able to save money and spend less time stuck in traffic.”