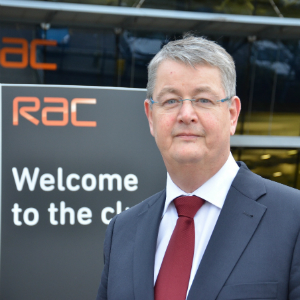 The number of UK businesses which are using telematics vehicle tracking technology in 2016 has almost doubled since last year, according to the findings of a new report released today [AUG 16] by RAC Telematics*.

The RAC Telematics Report 2016 found almost two thirds (65%) of all businesses surveyed now use telematics devices in their vehicles (including black box and smartphone apps) compared to 38% in 2015.

Businesses across all sectors have increased their use of telematics according to the survey with business services the highest at 70%, retail at 67% and construction take-up at 66%.

While in terms of business size, 51% of sole traders say they are using the technology now compared to 14% last year, and 58% of small firms with 50 staff or fewer said they use telematics compared to 25% last year – more than double the percentage. At the other end of the scale, in the corporate sector, (1,000 to 5,000 employees) usage has gone from 29% to 67%.

Businesses which say they use telematics cite benefits such as lower fuel costs (55%), fewer accidents (43%) and a reduction in maintenance costs (31%) among the top reasons for introducing telematics to their fleets.

The report also looks ahead to what businesses want to see from the technology in the future, such as greater integration with other motoring services, including breakdown and accident management.

RAC Telematics MD Nick Walker said that businesses are now much more accepting of the technology because they recognise the business benefits far outweigh previous concerns there may have been about tracking.

He said: “We see that the world has moved on from a slight fear about telematics, the old ‘Big Brother’ image that is well behind us now, as people are seeing the benefits, and looking at how they can bring those benefits into their own fleets.

“One of the very clear factors that we are seeing from the report, and from what we’re hearing from customers, is that telematics is now being associated with cost reduction, cost benefits, more insight and duty of care, than it is about pure tracking and the older benefits of telematics.

“People are looking now for things like vehicle condition monitoring and vehicle diagnostics. When vehicles have faults fleet managers want to know so they can anticipate and plan downtime, so vehicle health is a real key part of the future of telematics, and that is really nicely aligned to what we’re doing at the RAC.

“We are heavily focussed on vehicle diagnostics because the core of our business is keeping vehicles and customers on the road. So the diagnostic capability of telematics is a key feature we’re investing in.

“We’ve also invested in the technology to deliver this to fleet managers so they can get that genuine insight, so they can keep their fleets on the road, minimise downtime and maximise uptime.”

Walker said that with the increased focus on the ‘connected car’, businesses are expecting telematics technology to enable more integration with other motoring services.

For example, half of those surveyed say they want direct reporting of faults from the telematics device to their fleet manager or chief mechanic, so they know as soon as possible when there is a problem with a vehicle.

Following the acquisition of Nebula Systems early in 2016 the RAC Telematics black box device is now able to read and analyse significantly more data from the vehicle’s on-board computers, from a much wider range of vehicle makes and models, compared to competitor solutions.

Using telematics to help prevent faults and breakdown by receiving alerts when a part or component such as a battery is starting to fail, is part of the RAC’s vehicle health monitoring function.

Walker adds: “Telematics has delivered a huge amount of power into the hands of the fleet manager or business owner who can now see what is happening with their vehicles and be proactive in terms of how they deal with it.
“What our research suggests is a very strong level of telematics take-up in the UK, and our message to businesses is that with this level of technology available, it is vital that fleet managers make the right choice and get the right solution for their business.

“With RAC Telematics for example, customers can monitor vehicle health, driver score, and track location, and they have market-leading crash detection technology. RAC Telematics can detect when an incident has happened at very low speeds with more than 90% certainty, so that hitting speed bumps or kerbs does not register falsely.

“Drivers themselves are able to keep in touch with how they are driving by downloading the RAC Telematics smartphone app, and a personal Bluetooth key fob is also available which means they can switch to private mode for non-work journeys, which is key for grey fleet and pool car users.

“It’s no longer about just keeping tabs on staff or vehicles, it’s much more about managing the vehicle as an asset.”