It has been over a decade since the Mitsubishi Evo and Subaru Impreza went head-to-head on the World Rally stage, but the two of them did battle once again thanks to the organisers of Europe’s biggest Japanese Car Show.

But this time it wasn’t gravel, mud or tarmac on which the iconic pair had a duel, nor, indeed, was it on the Playstation. Instead, it was an online vote to determine which one came out on top, and it was one of their closest battles ever.

The people behind Japfest ran a social media poll to determine which was considered the ultimate Japanese rally hero, and the voting concluded with the Impreza pipping the Evo to the post with 50.95% of the total votes cast, compared to the Evo’s 49.05%.

The poll was created to raise awareness of a special Evo v Impreza stand-off at the Japfest event, which will celebrate the old school rivalry between Subaru and Mitsubishi that can trace its roots back to the halcyon days of Group A rallying in the mid-1990s.

Japfest will be putting the iconic rivals to the test, inviting clubs to nominate five cars each to take part. They will be given a slot to set the fastest time on the Silverstone Handling Course, with the fastest combined score winning for their club and their model.

Event director, Phil Weeden said: “It’s great to see that the Impreza and Evo are as fiercely competitive as ever, but none of us expected the voting to be this close. Battle lines were drawn, and it was very nearly a tie break, but in the end the Impreza was victorious.”

Japfest is returning to Silverstone – the iconic home of British Motorsport – in 2017, after drawing a record crowd to the new venue when it moved there last year. Almost 20,000 people turned up, an increase of 20 per cent over the previous record achieved in 2015, and this year’s event looks set to be even more exciting, with a host of new features alongside some of the more traditional attractions.

The British Drift Championship drivers will again be in attendance, once more competing in the Drift Kings competition, guaranteeing some tyre-smoking, sideways action to thrill the crowds, alongside the opportunity for show visitors themselves to buy time to take their cars on the famous circuit.

Visitors will also be given the chance to win a Honda S2000 – 2017 sees the Japanese company celebrating 50 years in the UK, and what better way to celebrate than by entering a competition to win one of its most appealing sports cars?

The S2000 was produced between 1999 and 2009 and was renowned for its high-revving VTEC engine and traditional rear-drive handling.

2017 also marks the 25th anniversary of the Honda Type R range, and Torque GT, the leading Japanese car import specialist in the UK, will be bringing a very special display highlighting the evolution of the Type R from its origins through to the latest models, along with an extremely rare FD2 Mugen RR. Exclusive to Japan, only 300 of these Mugen-spec’d cars were built, all in Milano Red. Only a handful of Mugen RR’s have been imported into the UK, so this is a very rare chance to see one in the metal.

Other new features for 2017 will include a ‘Retrofest’ paddock paying tribute to some of the most celebrated old school Japanese classics, and a special ‘Power Paddock’ – a zone devoted to cars that rely completely on their power to weight ratio.

The new features come in addition to Japfest’s already established attractions, including a show ‘n’ shine sponsored by Valet Pro, individual and club displays and a sprawling retail village where you can find everything you need to maintain and modify your Japanese car.

A second Japfest event is also planned for later in the year, taking place at Donington Park on July 1 in conjunction with the Fast Car Festival. 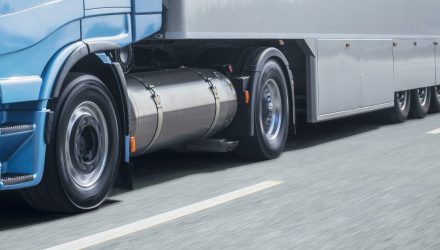 VED: a quarter of a million...

Up to a quarter of a million business use

Lightfoot, the “Fitbit for cars”, and Turo, the world’s