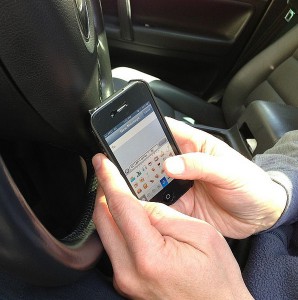 Texting motorists convicted of causing death by dangerous driving should be given stronger and more consistent penalties, the Institute of Advanced Motorists (IAM) have insisted.

IAM analysis of eleven recent prosecutions involving mobile use revealed the average sentence for causing death by dangerous driving is four-and-a-half years in prison and a seven-year driving ban.

In all of the cases analysed, the convicted drivers were found to have lost their concentration due to using their mobile phone.

This caused six incidents where vehicles ran into the back of stationary or slow-moving traffic, three head-on collisions and two pedestrian deaths.

Simon Best, Chief Executive of the IAM, said: “The maximum sentence available to the courts is fourteen years, so there is still scope for an even stronger road safety message that drivers who kill whilst distracted on their phones will be caught and jailed for a long time.

“The lesson here is obvious: never use your phone while driving.

“Whether you have a hands free kit or use loudspeaker, it doesn’t matter.

“Using your phone in any capacity reduces your attention from the task at hand – driving.”

Image courtesy of IntelFreePress, with thanks.