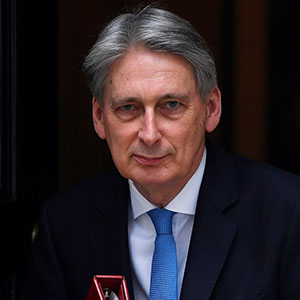 Chancellor of the Exchequer Philip Hammond’s first Spring Statement today (Tuesday, March 13) was an update on the health of the UK economy and the state of the government’s finances, rather than laying out any major new tax or spending announcements.

However, Mr Hammond did mention towards the end of the Statement that he would “help the great British white van driver go green” by holding a consultation on reduced Vehicle Excise Duty rates for the “cleanest vans”. However, the consultation document was not among those published immediately by HM Treasury at the conclusion of the Statement.

Mr Hammond, in a 26-minute statement to MPs in the House of Commons gave an update on the overall health of the economy and the Office for Budget Responsibility (OBR) forecasts; an update on progress since last November’s Budget; and invited businesses and the public to give their views on a wide range of measures the government was considering.

The Statement means that new policy announcements and tax and spending measures will be held back to the Budget in the autumn.

However, a number of previously announced key tax-related measures will be introduced next month (April) that impact on fleets and company car drivers. They are highlighted below.

What’s more, the current company car benefit-in-kind tax diesel supplement will increase from 3% to 4% at the same. As a result, employees driving diesel cars will experience a three percentage point tax hike. The supplement increase is estimated by the government to impact on 800,000 employees and is being applied to all diesel cars that are not certified to the Real Driving Emissions 2 standard; there are none currently available.

Company car drivers resident in Scotland face larger increases in benefit-in-kind tax rates than those in the rest of the UK from April 6 as they are also hit by a rise in income tax.

The new income tax rates for Scotland compared with the rest of the UK add a further layer of administrations for businesses.

The Scottish Parliament is introducing significant changes to the structure of income tax. There will be a five-band regime, which contrasts with the three-band structure applicable in England, Northern Ireland and Wales.

In Scotland, the basic rate band is effectively being split into three – starter, basic and intermediate – to which is added the higher rate band and the top rate band. Applicable income tax rates are: 19%, 20%, 21%, 41% and 46%. It means that middle income – those earning £24,001 and above – and top earners face a 1% rise in income tax versus employees in the rest of the UK. Income tax rates for the remainder of the UK are: 20%, 40% and 45% depending on earnings.

As a result of the income tax increase, a majority of company car tax drivers’ resident in Scotland will face larger increases in benefit-in-kind tax than their counterparts in the rest of the UK as an employee’s tax rate is used in the calculation. Consequently, only a small number of company car driving employees on lower salaries are expected to escape the double hit of a benefit-in-kind tax rise and an income tax hike.

Thousands of employees with a company car or cash allowance option are expected to face a demand for unpaid tax in 2018/19 as Optional Remuneration Arrangements (OpRA) begin to bite.

When the government published details of the new rules following the initial announcement in the 2016 Autumn Statement it said that car arrangements in place before April 6, 2017 would be protected until the earlier of April 2021 or “a variation, renewal, modification of the arrangements” was introduced. Additionally, ultra-low emission vehicles (ULEVs) – currently those with CO2 emissions of 75g/km or less – are exempt from the regulation.

However, due to the rapid introduction of the new rules, HM Revenue and Customs (HMRC) had no official mechanism in place to report a higher salary sacrifice/cash allowance in 2017/18. Additionally, many company payroll departments were not set up to handle the impact of OpRA rules on tax. As a result, detailed information will not be reported until P11D submissions are made by employers in July.

Consequently, it is widely believed that in many cases only employees who entered into a company car arrangement for the first time or exited a scheme for the final time in 2017/18 will have had their tax arrangements correctly reconciled.

Therefore, many tax experts believe employees can expect to have their tax codes changed in August, following submission of their P11D, to take account of any unpaid tax under OpRA rules.

Employment tax expert Alastair Kendrick, of Ak Employment Tax Services, said: “Employees have, I believe, been left in the dark. It is a terrible piece of communication because many employees have been unaware of the “greater of” rule where they had a cash or car option. Many employees will have chosen a tax efficient car, but they will actually pay tax on the value of the higher optional cash allowance. They have been paying tax on a company car, but the wrong amount and will get a shock when they are told what the correct amount should be.

“As a result, when employees realise the impact of OpRA rules they have been asking for their contracts to be changed to remove the cash option, but they will potentially face a bill in 2018/19 for unpaid tax relating to 2017/18.”

He added: “Most employees will not have a contract of employment that is ring-fenced until 2021 so the exemption rules may not apply and protection against OpRA could be removed at that point. Contracts of employment are generally reviewed annually, so OpRA could bite and that is what many employers and employees have failed to appreciate.”

Furthermore, there is an anticipation that depending how HMRC interprets “a variation, renewal, modification of the arrangements” could result in employment lawyers contesting demands on employees for underpaid tax.

The government is from April 1 introducing a new Vehicle Excise Duty supplement on all new diesel cars first registered from that date.

As with the company car benefit-in-kind tax diesel supplement, the change will not apply to the next-generation of clean diesel engines – those with Real Driving Emissions Step 2 standard certification.

VED for cars first registered on or after April 1, 2018

*Cars with a list price above £40,000 pay a £310 supplement for five years. After the five-year period the vehicle will be taxed at the applicable standard rate.

The annual increase in car and van fuel benefit charges and the van benefit tax charge means that in 2018/19 the rates are:

CO2 emission thresholds for capital allowances on cars bought outright by companies will tighten from April 1. The new rates are:

It follow that leasing companies, which are ineligible to claim 100% first year writing down allowances on cars, will be restricted to 18% (0-110g/km) and 8% (from 111g/km) on a reducing balance basis.

The CO2 threshold for the 15% lease rental restriction is linked to the threshold for capital allowances for business cars, so the rate will be reduced from 130g/km to 110g/km from April 2018. It means that companies that lease can only deduct 85% of any rental payments against their taxable profits on cars with emissions above the threshold.

The fleet industry has been anxiously waiting for clarity on a number of issues and hoping that the Chancellor would change existing policy on other matters. However, the Spring Statement did not answer those questions.

As a result, fleet decision-makers and company car drivers: